According to the World Bank, 89% of Australia’s population lives in urban areas, a number that is expected to rise dramatically by 2030.

While this poses a number of challenges, it also provides an opportunity for us to rethink the way we live, work, play and connect with the urban environment.

One such opportunity has been presented by the Urban Development Institute of Australia (UDIA) through its CityLife Project, which promotes the development of ‘liveable, affordable, connected’ cities within Australia.

Announced as a finalist in the 2016 CityLife Project, Hames Sharley Director and Portfolio Leader of Urban Development, Michelle Cramer, will bring her extensive knowledge of urban design and architecture to this year’s competition.

As stated on the CityLife Project website, the purpose of the competition is to assist urban planners to better prepare for the needs of Australia’s increasingly urban populations.

“This urban population explosion is leading to a number of issues for cities in Australia including potential future health problems; an affordability crisis; and difficulties with ensuring our cities are easy to traverse,” the CityLife website states.

“In short, we are working toward a paradigm shift in how we plan and develop our cities in the future.”
The three Initiatives forming the framework for the CityLife Project include liveable cities, affordable cities, and connected cities.

Entries for each Initiative were evaluated in late 2015 on their research merit, innovation and originality, and all finalists, including Michelle Cramer, are currently preparing for their Stage Two submissions and ‘Industry Briefing’ pitch, which will be held on 4 February 2016.

The winner of each of the three Initiatives will be given the opportunity to drive research for their chosen Initiative, with direct access to UDIA NSW members and industry leaders, who will assist in informing the direction of the research.

“UDIA NSW will create a project board for each Initiative, populated by leading industry figures who will inform the research direction and assist in its delivery,” the website says.

“Each winner will appoint a representative to be an active participant on the project board for their Initiative.”

Winners will be announced on Thursday 25 February 2016 and will receive $50,000 in research funding, and up to $95,000 in sponsorship, partnership, branding and promotional opportunities. 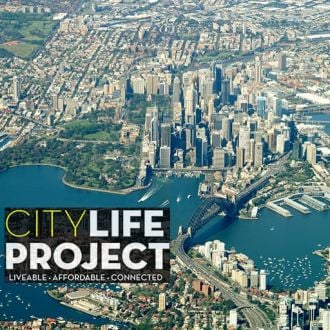