The question of ethics in architecture

In a recent article from Owen Hopkins at the Architectural Review, he asks Why is ethics such an important issue for architects?

Reflecting on the Architecture and Freedom season at the Royal Academy, which tackled the question of architectural ethics head-on, Hopkins discusses why ethics has become such an important and recurring issue for architects.

Citing a number of reasons for the development, including architectures changing role within the building and design industry, and the high level of responsibility architects are subjected to – not only in regards to the success of a project, but public approval too – he also discusses the changing view of the profession over the past century.

“The conventional narrative sees the architectural profession essentially under attack, constantly being eroded by the ever-increasing specialisation of roles within building design and construction,” Hopkins says.

He explains this has resulted in the gradual “hollowing out” of the architectural profession, with architects simply becoming players in someone else’s game.

“Yet, despite this, it’s the architect who is still held up as culpable, sometimes wholly responsible, when something goes wrong, aesthetically, structurally, even commercially,” he wrote.

“While the activities of developers are allowed to be led by the market (and certain regulatory parameters, of course) architects are somehow seen to be different, subject to a quite different set of standards of ‘morality’, the ‘public interest’ and of ‘ethics’.”

During the architectural ethics discussion at the Royal Academy, Hopkins reported that writer and broadcaster, Jonathan Meades
started the debate with the view that ethics and architecture should not live in the same sentence.

“Why,” he asked, “should architecture be different from other professions or creative pursuits that are apparently unconcerned with questions of ethics?”

But in raising the question of what ‘ethical’ actually means, Hopkins says it should be more of a personal journey than a professional one.

“Ethics are, after all, a relative concept – the manifestation of a moral ideal,” he says. “One need not have to delve too far into the annals of human history to discover that one person’s morality is another’s immorality and vice versa.” 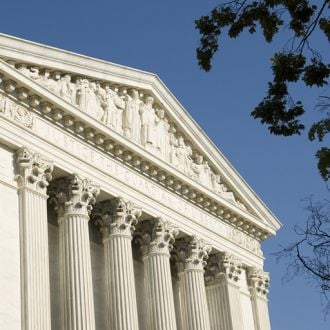