Its composition is the same as the stuff you’d carve off cattle, but is the world ready to eat meat created entirely in a laboratory? And if we could all be persuaded to chow down on faux-flesh, what would the effect be on the environment, both natural and built?

With the population of the earth increasing by the second, one of the great challenges for the future of humanity will undoubtedly be how to keep everyone fed. Assuming there’s no way to convert the entire planet to vegetarianism, more people will need more meat. More meat will need more livestock, more livestock will need more land, and with more people, land will already be at a premium… It’s a chain of cause and effect that fixes one problem by creating another. But then, how do you provide meat without farming any animals?

At the University of Maastricht in the Netherlands, one researcher has made it his mission to break the chain, taking a rather… cultured approach to the quandary. His solution? To grow the meat in a lab.

Mark Post has spent years developing in vitro meat, or IVM. By extracting stem cells from cattle, he has been able to culture muscle cells with the same composition as those that make up beef. One stem cell is sufficient to produce one trillion muscle cells, which would mean that a 5000-litre bioreactor could feasibly meet the protein requirements of 2000 people for a year.

Post initially revealed his results back in 2013, when he unveiled the first ever burger to be grown completely in a laboratory “It tastes like what it looks like,” he said as the cow-free patty was taste-tested. “Hamburger.”

Unfortunately, not everyone agreed: bland taste and unconvincing texture were lowlights for the tasters: “Blood and fat are what makes meat. Muscle is just the vehicle,” commented Michelin-starred chef David Zilber. And of course, there was the cost. Creating a single burger through IVM ran up a bill of €250,000.

Things have moved on considerably since then, however, with work continuing to enhance the taste and mouth-feel, and the cost of production dropping to around €10 per patty. Indeed, progress has been sufficient that informed thinkers estimate companies like Post’s Mosa Meat will have products on shelves in three to four years, with IVM a genuine commercial concern in the same time period again.

That’s all well and good, especially when you consider tissue engineering could also allow more healthy ingredients such as polyunsaturated fats to be added to meat before sale. But what of consumer resistance? Past polls have suggested the man in the street might consider such meat ‘unnatural’, but the backlash might not be as great as you’d expect. The Conversation recently reported on a survey that suggested 65% of people would be willing to try the meat, while a third would consider it as a regular replacement for the real thing. A further third were unsure, but that still means more than 60% of people would be open to the idea of eating IVM on a regular basis.

Were cultured meat to take off, they could – literally – change the world. Consider the political backlash from farmers whose cows are made redundant: livestock farming provides income for 1.3 billion people around the world. The Marie Antoinette-style answer of “let them grow veg” surely won’t cut any ice when agriculture workers are facing ruin.

Against this must be weighed the environmental consequences. As far back as 2006, the UN reported that livestock farming is one of the “most serious environmental problems at every scale, from local to global”. To farm one kilogram of beef requires 15,000 litres of water and creates 300kg of carbon dioxide; the total greenhouse gas contribution of livestock farming, according to the Smithsonian in 2012, comes in at about 18%, apparently more than transport-related sources. An Oxford University study from around the same time suggests IVM generates between 78% and 96% less greenhouse gas and uses between 82% and 96% less water. What’s more, the Smithsonian stated a third of the world’s arable land is used to create feed for livestock – that translates to 90% of the oats and 80% of the corn grown in the US in 2012. Enough, surely, to alleviate famine around the world?

But one of the most notable knock-on effects would surely be on land use. According to Time magazine in 2013, fully 30% of the world’s ice-free surface is being used for livestock farming. Put another way – and again, the Smithsonian has the stats – about three and a half soccer pitches per minute are bulldozed to farm animals and the crops needed to feed them.

If the study from Oxford University is to be believed, cultured meat uses 99% less land than the production of the real thing… could it really be that phasing out real meat would free up almost a third of the planet for other uses? Even assuming that animal farming did remain for milk, eggs and what would inevitably become a niche market for real-meat eaters, that’s still an enormous amount of potential building space – surely more than enough to address any issues created by a population boom and still allow for the creation of new green spaces and environmentally conscious projects to revitalise our living spaces. That being the case, alternative protein sources could be the key to several of the problems we face into the coming century: a switch to IVM, even in part, may not only feed our growing population but also address the issue of where to put all the extra people. 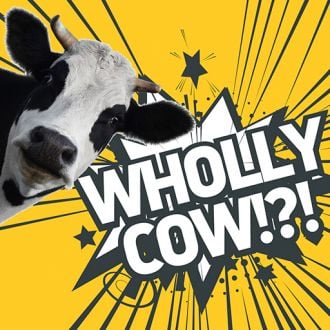