The resurrection of the ELP 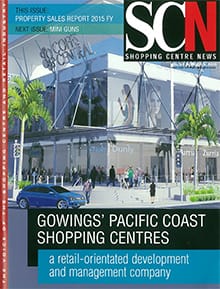 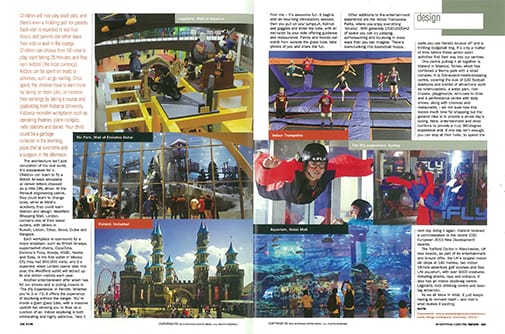 Entertainment and Leisure Precincts have been around for years: Legoland at the Mall of America, the wave pool at Edmonton Mall, Calgary and of course, age-old cinemas. In this article, I’ll examine some new trends that are coming through in this ever-evolving part of shopping centres.

We’ve all heard of the indoor snow/ski park at the Mall of Emirates, and the gigantic aquarium at the Dubai Mall, but the infrastructure costs of these are enormous. With the new round of ‘empty nesting’ following Borders’ and others’ demises, we in Australia now have the likes of Myer pulling out of established locations, or bailing out of new developments. We can’t always backfill these spaces with H&M and other overseas brands.

One of the new players here, albeit established in 1999 in Mexico City, is KidZania. It’s a mini virtual city where kids learn to be adults in a two-thirds scale of reality. It’s on 8,000sqm theme park for kids, aged 4 to 14, which includes an airport, police and fire stations, sports stadium, theatre, shops, university, bank and hospital. Children will role play adult jobs, and there’s even a ‘holding pen’ for parents. Each visit is expected to last four hours, and parents leave their kids or wait in the lounge. Children can choose from 60 roles to play, each taking 25 minutes and they earn ‘kidzos’ (the local currency). Kidzos can be spent on treats or activities, such as go-karting. Once spent, the children have to earn more by taking on jobs, or increase their earnings by taking a course and graduating from Kidzania University. Kidzania recreates workplaces such as operating theatres, plane cockpits, radio stations and banks. Your child could be a garbage collector in the morning, pizza chef at lunchtime and a surgeon in the afternoon.

The architecture isn’t just simulation of the real world, it’s preparation for it. Children can learn to fly a British Airways aeroplane, deliver letters dressed as a little DHL driver. At the Renault engineering centre, they could learn to change tyres, while at H&M’s academy, they could learn fashion and design. Westfield Shopping Mall, London, is one of the latest outlets with others, in Kuwait, Lisbon, Tokyo, Seoul, Dubai and Bangkok.

Each workplace is sponsored by a major employer, such as British Airways, supermarket chains, Coca-Cola, Domino’s Pizza, Honda, HSBC, Nestle and Sony. In the first outlet in Mexico City they had 800,000 visits, and it’s expected, when London opens later this year, the Westfield outlet will attract up to one million visitors each year.

Another entertainment offer which has hit our shores and are pulling crowds is ‘The iFly Experience’ in Penrith. Whether you’re 3 or 73, it offers the experience of sky diving without the danger. You’re inside a giant glass tube, with a massive updraft fan allowing you to float on a cushion of air. Indoor skydiving is both exhilarating and highly addictive. Take it from me – it’s awesome fun. It begins with an hour-long introductory session, then you pull on your jumpsuit, helmet and goggles and enter the tube, with an instructor by your side offering guidance and reassurance. Family and friends can watch from outside the glass tube, take photos of you and share the fun.

Other additions to the entertainment experience are the Indoor Trampoline Parks, where you enjoy everything ‘bouncy’. With generally 1,500 – 2,000sqm of space you can try jumping, somersaulting and bouncing in more ways than you can imagine. There’s slam-dunking into basketball hoops, walls you can literally bounce off and a thrilling dodgeball ring. It’s only a matter of time before these action sport activities find their way into our centres.

One centre putting it all together is Vialand in Istanbul, Turkey, which has combined a theme park with a retail complex. It is Disneyland-meets-shopping centre, covers the size of 100 football stadiums and brimful of attractions such as roller coasters, a waterpark, river cruises, playgrounds, mini-cars to drive and a performance centre with daily shows, along with cinemas and restaurants. I am not sure how this leaves much time for shopping but the general idea is to provide a whole day’s outing. Here, entertainment and retail combine to provide a truly 360-degree experience and, if one day isn’t enough, you can stay at their hotel, to spend the next day doing it again. Vialand received a commendation in the recent ICSC European 2015 New Development Awards.

The Trafford Centre in Manchester, UK, now boasts as part of its entertainment and leisure offer, the UK’s longest indoor ski slope at 180 metres, two indoor 18-hole adventure golf courses and Sea Life aquarium, with over 5,000 creatures including sharks, rays and octopus. It also has an indoor skydiving centre, Legoland, rock climbing centre and laser-tag attraction.

As we all know in retail, it just keeps having to reinvent itself – and that’s what makes it exciting.