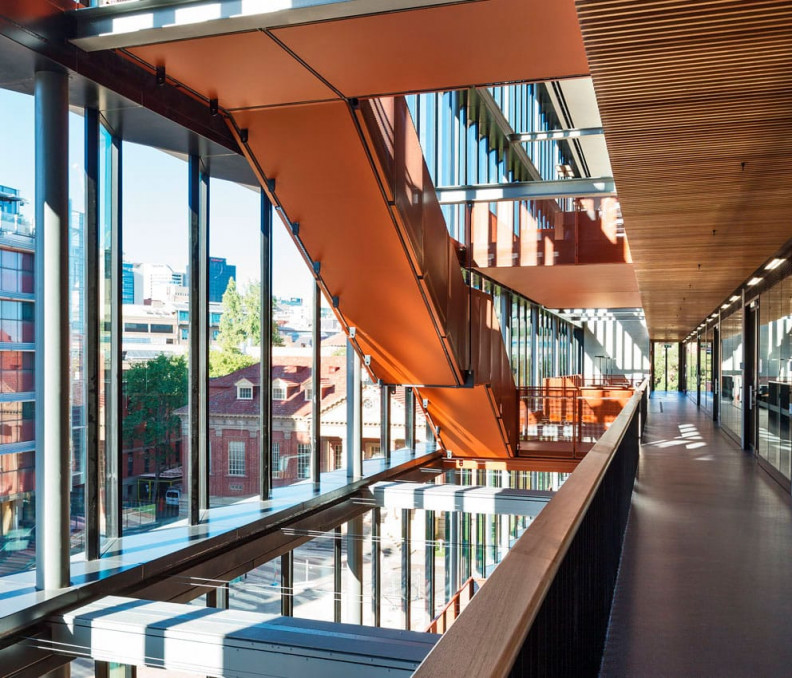 The Braggs Building was the only South Australian project to receive a commendation in any category at this event. David Cooke, Director of Hames Sharley’s Adelaide office said, “We are very pleased to be involved in the only SA project awarded at the AIA National Awards.” Hames Sharley worked in association with BVN Donovan Hill on The Braggs Building for The University of Adelaide.

“The Braggs is a project that highlights how a successful collaboration between architects and designers can deliver nationally recognised results. We are pleased to demonstrate with our collaborators that outstanding architecture can be delivered within South Australia “, says Mr Cooke.

The Braggs facility completes the newly developed science and research precinct on the North Terrace campus, housing research, undergraduate laboratories, and a 420 seat lecture theatre. The central philosophy of the building focused on enabling researchers from different disciplines – physics, chemistry, biology – to come together to allow a trans-disciplinary approach to research fostering both formal and informal collaboration.

Mr Cooke commented that “The success of The Braggs project highlights the continued endeavours by the University of Adelaide to deliver high-quality learning spaces for their students and staff.”

You can view the media release here.