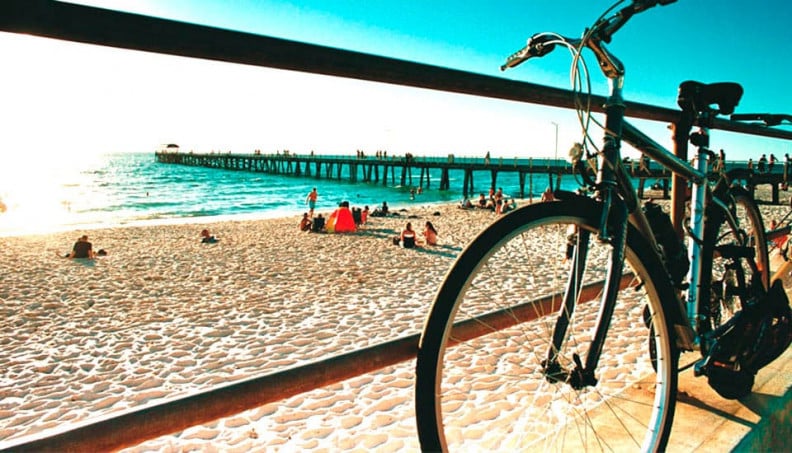 ADELAIDE architect David Cooke wants his city to consider models like in the Netherlands and Germany that allow bikes to take more ownership of certain roads.

Writing in Adelaide’s The Independent Weekly the director of Hames Sharley calls on government planners to make the bike lane “into more of a bike road up to 4m wide and reducing the road real estate designated for the car.

“It creates a shared road, which also encourages slower vehicle speed,” he states. “This then prompts a road environment that is equitable, efficient and safe.”

He continues: “The planning process must find ways to maximise the ‘ride-ability’ of these soon-to-be created TOD precincts and existing suburbs.

“Bike lanes are a good start. A designated one metre of road real estate for a bike sounds like a good solution. However, many riders don’t feel safe in bike lanes. Riders are often forced to leave the perceived safety of a bike lane due to parked cars, obstructions or the bike lane simply ending.

“Perhaps sharing the road in a more equitable way is a safer and a more sustainable solution. I’m not advocating for every road to be shared, but such roads could be linked with existing off-road bike paths between each of the 14 TOD precincts to create a safe and desirable riding network across Adelaide.”

About 40% of all commutes in Amsterdam (population 1.36m) are made by bike and the city is the most bike-friendly in the world, according to American travel agency Virgin Travel.