Build health into all public policies

Many of today’s public health issues – diabetes, cancer, obesity, cardiovascular disease – are strongly associated with social inequalities. Literature from across the world shows that gaps in income, employment, education and access to acute and preventative health care worsen health outcomes for disadvantaged populations. When the inequalities are avoidable and based on unjust distributions of resources, for example, it then becomes an issue of health inequity.

This means that public health professionals must address the factors that people are born into – where they grow, live and work – at a population level to alleviate health inequities. The World Health Organization points out that these conditions are “shaped by the distribution of money, power and resources at global, national and local levels.”

Increasingly, researchers are looking at ways to implement and measure programs to reduce health inequities. This is the goal of what the WHO calls the “third wave” of health inequity research. To understand health inequities, first, we need to know what they are. Around the world, public health agencies monitor health inequality trends, provide the basis for understanding which inequalities are equity issues, and create evidence for policy approaches to improve health for entire communities.

US Centers for Disease Control and Prevention (CDC) integrates public health and census data and it publishes a yearly health inequality report. Year after year, they’ve found that many social determinants are associated with poor health outcomes, and are thus equity issues.

Race is a factor as well. The 2013 CDC report shows many adverse health outcomes related to the social determinants of health were associated with race. For example, deaths by stroke and coronary heart disease, drug-induced deaths and HIV incidence were more likely in non-Hispanic blacks, American Indian/Alaskan Natives and non-Asian racial/ethnic minorities, respectively, than in whites. But, there are not yet any sure-fire solutions to help reduce these inequities.

In the UK, health inequality data is integrated into Public Health England’s tool called “Public Health Profiles”. The interactive tool allows users to view several sources of area-based data that can be linked to social determinants like homelessness, unemployment, and deprivation of neighbourhoods, to various negative health outcomes. It is through the use of this kind of data that has caused the UK Department of Health to set their goals of seeing action on reducing cardiovascular disease, cancer and infant mortality inequalities for 2015.

What do we do with this information?

Collecting this data is important, but how do we put it to use? Decades of cross-discipline public health research and practice has to lead to the Health in all Policies (HiaP) approach to policy-making. It is a strategy that targets things like city design or transportation – the structural components of the social determinants of health.

HiaP encourages policymakers across all sectors of government to consider the health impacts of policies that are, on the surface, unrelated to health. City design is a good example of a policy target that can have an immediate impact on active transportation, air quality and healthy food availability. Think of this way: If cities are more walkable or have better public transit, people might walk more or drive less. If there are more healthy eating options around, people might make healthier food choices, and so on.

HiaP has been adopted by 16 countries or sub-national areas across the world, including Finland, Thailand, England and New Zealand.

Can HiaP work? Look at Finland

A classic example of HiaP in action is the dramatic reduction in heart disease that Finland achieved thanks to HiaP in the 1970s. At the time smoking was common and diets were heavy on meat and fat and light on vegetables. Combined with a sedentary lifestyle, it meant that Finland had the world’s highest death rate from cardiovascular disease.

North Karelia, a region in Finland’s east, was the focus of a project to reduce heart disease throughout the community. The North Karelia Project fostered partnerships involving the food sector, schools, health, the media and citizens in Karelia. The project led to public education campaigns, health promotion training for workers, encouraging healthy food choices and preventative programming in community centres to target risk factors and behaviours associated with heart disease.

Cities and states in the United States are starting to adopt HiaP to improve health across communities. California’s Health in all Policies Task Force has representatives from 22 different state agencies working to design shared transportation, healthy food and healthy environment goals. City governments in San Fransisco and Baltimore and the state of Ohio also have HiaP initiatives that include transportation, development and employment in their health programs.

South Australia’s state HiaP model is one of the most well developed in the world. Their model integrates health into all cabinet decisions and lays out how people across sectors can analyze the health impact of policy actions.

Researchers found that policymakers in South Australia are more aware of the health impact of social policies, and have formed stronger partnerships across sectors of the government. The program is still young, and large-scale policy-based interventions tend to take years to show results, especially those that target chronic conditions.

Public health can lead the way in creating a more equitable, healthier society by continuing to look for long-term solutions through sound public health research and by encouraging health-focused policy across disciplines.


First published in The Conversation. 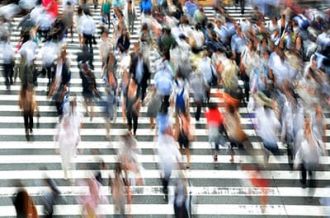