The community has a right to reject change, including those which lead to increases in urban density, if planners do not figure out how to avoid negative unintended consequences in their policies, says Billie Giles-Corti, a founding member of a new $2.5 million Centre for Research Excellence (CRE) in Health, Liveable and Equitable cities.

Non-communicable diseases, such as obesity, diabetes and mental illness, are on the rise, and our built environment is one of the factors causing these problems, Giles-Corti says. But the problem for policymakers is balancing better health, liveability and equity with the cost to developers of implementing their policies. Funded by the National Health and Medical Research Council, the new CRE will spend the next five years compiling crucial data to help planning policymakers get their decisions right.

It’s an exciting step for Giles-Corti, who is the director of the McCaughey VicHealth Centre for Community Wellbeing at the University of Melbourne, which has the broader mandate of improving community health and wellbeing. Giles-Corti’s interest in the relationship between our health and happiness and our built environment is longstanding. Before becoming director of the McCaughey centre, she was the founding director of Built Environment and Health at the University of Western Australia (UWA) which started in 2007 with an NHMRC capacity building grant. There her primary focus was on how we can build neighbourhoods to make people healthy – an area that she had been researching at UWA for nearly 20 years.

The CRE was initiated together with UWA’s Centre for the Built Environment and Health and the Queensland University of Technology and involves another seven chief investigators, five associate investigators, four foundation researchers, four international collaborators and seven industry partners. Can we build our way to health? It’s a combination of our attitudes, knowledge and environment, Giles-Corti says. “I live quite close to a park at the moment, for example,” she says. “I’m quite motivated to stay healthy but on a cold morning, do I want to get up and go to the park to run? Luckily, I have a friend who lives nearby who knocks on my door in the early morning. It’s much easier that way to live a healthy life.” In other words, we need to do more than build the opportunity to walk, cycle or run into our built environment; we need to build in “social capital”.

Dogs and babies are some of the most effective “social lubricants”, Giles-Corti says. “Rain, hail or shine, the dog must be walked. At the University of Western Australia, we had a project to look at social capital. It starts with friendly banter. People comment on each other’s dogs, and might even know the dog’s name before they know the owner’s. Through that social connection, people start to exchange social favours such as looking in on the dog while its owner is away.

“When something happens – the local post office closes – people get up in arms and solve the problem at a local level. It helps bring communities together. The built environment plays a part in our social and mental health.”

The research about the mental benefits of green space, for example, is unequivocal, Giles-Corti says, with studies showing patients in hospital suffer less pain and need less attention from nurses when they can see green space from their windows. Less studied, however, is how much is enough. After decades of research, Giles-Corti knows policymakers need to be precise about what they ask for, plus have the data to back up their decisions. The CRE will generate as little new data as possible. Instead, it will focus on compiling existing studies and data about which interventions in the built environment get the best results for the money spent, and researching how to achieve such changes with minimal disruption to the current processes and economics of development.

“I think about the ‘pocket park’ on the corner of the street – rather than the large, attractive one further away – which is the one that, come 5 o’clock, parents come out to with their children and socialise, getting out of the house and getting exposure to their neighbours.”

Giles-Corti says Australian cities are not getting planning right. By 2050, Australia’s population is likely to double. In the three cities growing fastest – Perth, Brisbane and Melbourne – two approaches are being used to house rapidly-growing populations: lower-density development on the urban fringe and higher-density development in the inner city.

“If not done well, there is growing evidence that both approaches have potential to produce negative health and social impacts,” the CRE’s website explains.

Says Giles-Corti: “There are a lot of really badly-designed apartments going into our cities and that is not the solution for solving our housing affordability problems. We do want density, but we want to do it in a way that optimises outcomes. What is the minimum level of density to get some levels of walking and what are the higher levels of density? How do we manage that? This is where is it is so important for the developer. All the tiny one-bed apartments are not going to be good in the long term. It is not sustainable to be built with no thought given to light and heat.”

Developers, however, are not the focus for the CRE; its main concern is to influence policymakers and urban designers and engaging with the community through media and online. The CRE’s key role will be researching translation: devising factors, tools and interventions that facilitate the translation of research into policy and practice.

A special Translational Working Group will devise policy-relevant questions for the research team to explore, as well as activities and advocacy to assist with research translation: for example, developing and promoting policy briefings based on the evidence developed as a result of the CRE, linking this evidence to state-based policy, and advocating for policy reform.

It’s a five-year project, but Giles-Corti wants it to start having an impact from year one. 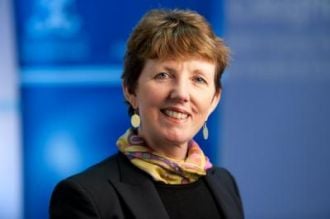