Around eight billion cubic metres of concrete are produced every year. After water, concrete is the second most widely-used material in the world.

Cement, which makes up 10% to 15% of concrete, also holds a world record – the Portland cement industry is one of the world’s biggest CO2 emitters.

It’s an extraordinary material – plastic and malleable until it is set when it becomes strong and durable. It is the preferred material for everything from freeways to footpaths, and from sewers to skyscrapers.

The material’s ongoing attraction among established architects and rising stars – despite its abysmal environmental credentials – is on show in a new book by Taschen: 100 Contemporary Concrete Buildings.

The numbers beg a question: What role will concrete play in a world threatened by greenhouse gas pollution? Should we wean ourselves off our concrete addiction, or can concrete become green?

We take a whirlwind tour of the debate.

We could live without concrete

We could replace concrete with wood, says Yale University professor, Chad Oliver, a director of the Global Institute of Sustainable Forestry at Yale University. He believes that wood is a viable replacement for concrete, steel, brick and aluminium – which collectively contribute 16% of the world’s emissions.

Yale University researchers found that global CO2 emissions between 14-31% would be avoided by creating less steel and concrete, and by storing CO2 in the cell structure of wood products. A further 12-19% of annual global fossil fuel consumption would be saved, including savings from burning scrap wood and unsellable materials for energy.

“Instead we could be using wood, which is also strong, renewable, and plentiful – we use only a fraction of the world’s available forestry resources,” Oliver wrote in June last year.

The new technique of cross-laminating timber makes wood an effective building material for anything from bridges to mid-rise apartment buildings, Oliver writes.

Concrete’s search for a sustainable future

The Massachusetts Institute has invested $10 million into its Technology Concrete Sustainability Hub in an effort to reduce concrete production’s carbon emissions by 83 percent over 40 years. In a white paper released late last year, the hub stated its research is “to discover ways to make a more resilient concrete that lasts longer and requires fewer repairs over its use phase, and perhaps to reduce the amount of cement needed to make concrete. Both would reduce the material’s carbon footprint.”

The hub states that there is no alternative to concrete in the foreseeable future. Here are some of the sector’s most promising paths to a sustainable future:

The Green Building Council of Australia keeps the bar low

It has taken a couple of shots for the GBCA to get its cement credit right.

The GBCA allows developers to achieve three points by adjusting the way they use concrete. A building must achieve a minimum of 45 points to achieve a Green Star Certified Rating.

“Mat-4 Concrete”, issued on 16 May 2012, states the aim of credit is: “To encourage and recognise the reduction in greenhouse gas emissions and resource use associated with the use of concrete.”

For the moment, the barrier for the construction sector to achieve green building accreditation is relatively low; it does not require companies to use any of the more dramatic alternatives outlined above. But the industry knows the writing is on the wall and is searching for a green future. 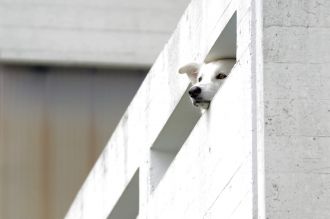