With obesity rates at record highs, and chronic health problems, such as diabetes, having a major impact on our health and health care systems, Australians and our governments are increasingly advocating for happier, healthier lifestyles, communities and workplaces.

Federal government programs such as the Healthy Workers initiative provide “approaches to developing a healthier workplace,” while SafeWork Australia is no longer just focusing on workplace accidents, but rather emphasising the importance of social, cultural and mental health as essential to Australia’s workforce.

Following suit, businesses all over Australia are promoting health and wellbeing as integral to office culture and the office environment – with major investments going toward “greener office spaces” over the past two decades.

But according to Darren Bilsborough, Hames Sharley’s Adelaide Studio Director and author of Don’t Worry About The Rent, the green building market – which has seen commercial building managers and businesses spending big bucks on greener and healthier working spaces – is “yesterday’s news”.

An enthusiastic advocate for the green building movement, Darren has been involved in promoting the concept to developers, design professionals, government, the corporate real estate sector and prospective tenants over the course of the last two decades in Australia.

However, in recent years Darren has detected an undercurrent of distrust regarding the ability of green buildings to deliver on the promises made to the marketplace.

“In particular, there is some suspicion associated with the claims made by developers, owners and the green building movement relating to workforce productivity,” he said.

“It is true that some of the initiatives that contribute most effectively to improved staff productivity may not be present within a building that achieves base level green building certifications.”

Darren said that the green building tools currently being implemented under the Green Building Council of Australia’s Green Star certification, are primarily focused on improving environmental performance as opposed to productivity improvement within the workforce.

Which is where Washington based, International Well Building Institute and it’s WELL Building Standard comes in to play.

The Institute says that “buildings should be developed with humans at the centre of design”, with its WELL Building Standard, developed last year, focusing on improving productivity for a building’s occupants – including elements such as air, water, light, nourishment, fitness, comfort and mind.

“A WELL building is, therefore, one that not only focusses on the health and well-being of its occupants but ensures that the foundational pieces are all in place for a building to facilitate the types of productivity improvements promised from the very best of those that have been rated “green”,” Darren said.

“Not only is it true that all green buildings are not created equal, but it is also likely true that a WELL building will become the next big thing.”

Writing on behalf of a company that went from renting Tropical Plants to businesses in 1975, to becoming one of the world’s number one indoor plants and landscaping service providers – Sterkenberg’s article also touts WELL building as the “next big thing in business.”

“There are several reasons why WELL is making such expansive waves in the business world, but the most significant is the impact that the initiative has on the overall health and productivity of the employees, a company’s largest and most important asset,” he said.

Playing into our innate biophilia, Sterkenberg suggests that work environments that enable staff to interact with other living systems not only positively impact productivity, they can also improve physical health.

“By incorporating plants into the working environment, employees will have lower blood pressure, cleaner air to breathe, lowered risk of illness and an overall boost in well-being.”

But where does that leave Australian businesses and buildings?

The former CBRE Australia associate director, Tony Armstrong, threw his support behind the movement in late 2015, joining the International Well Building Institute as its representative for the Asia Pacific Region.

“I am delighted to have the opportunity to now represent the International WELL Building Institute across the Asia Pacific,” Tony said in a statement on LinkedIn.

And according to the International Well Building Institute Sydney’s McQuarie Bank Building, situated in the heart of the city at 50 Martin Place is in line to become one of the first Australian buildings to receive WELL certification.

“It is one of only a handful of heritage buildings to ever achieve a Six Green Star rating,” the Institute said.

“The project involved a complete refurbishment of building services and systems, fit out of the interiors, widening of the existing atrium, as well as constructing a new two-storey glass-domed roof and glass shuttle lifts. Internal stairways have been constructed to provide greater interconnectivity and encourage collaboration and performance.

“The project is registered for WELL Pilot Certification.”

So what can Australian businesses do to ensure their workplaces are meeting WELL recommendations?

“It has been consistently verified from multiple research sources as the most effective means in which a building can influence the indoor environment in a way that can then enable increased productivity for its occupants.

“It is particularly important for owners and managers of businesses considering new office space, to dig a little deeper into the Indoor Environmental Quality (IEQ) and IAQ responses of a building.

“The WELL building standard makes this easier and more transparent than ever before by ensuring that all of the promised benefits of a green building, whether WELL certified or not, are capable of being identified and optimised to provide the greatest opportunity for improvements to business performance.” 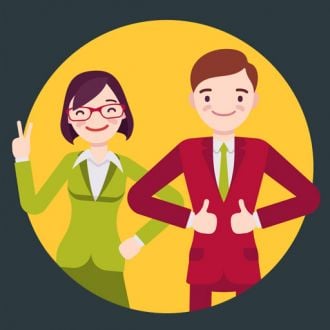