From design to design thinking

The power of design is more than just the creation of a pleasing functional or sculptural object or building. Design thinking is the strategic process that unleases the power of a game-changing idea and delivers transformational solutions.

In the 19th century, for example, English engineer Isambard Kingdom Brunel designed the Great Western Railway (GWR) that linked London with the south-west and west of England and most of Wales. His vision for the project? For his passengers to have the experience of “floating across the countryside”. To achieve this, Brunel created the flattest gradients for any railway project, including long viaducts and tunnels to smooth the journey.

As Brown states “A century and a half later, the GWR still exists and is an example of the power of design to shape the world around us.”

Somehow the focus of design has become very narrow, says Brown in his TED talk that has had close to one million views.

“We went from systems thinkers reinventing the world to a priesthood of folks in black turtlenecks and designer glasses working on small things,” he says. “As our industrial society matured, design focused on an ever-smaller canvas, and came to stand for aesthetics, fashion and image.”
Like Brown, Hames Sharley believes that design professionals need to change from service providers to become strategic partners.

Brown’s early career taught him that product-focused design had little impact – in fact, both the companies he designed his first two products for went broke!

He began to search for ways to move the design from focusing on objects, and more on design thinking as the approach. We agree and believe the adoption of a design thinking model will result in increased design value.

But why now? Why do we need designers to think big today?

Brown says that Brunel’s time and our times have a common theme – they are times of massive social and economic change. For Brunel, it was the industrial revolution.

“In times of change, we need new, alternative ideas,” Brown says. “We are now in midst of massive change, with many of our existing solutions obsolete, and we are facing questions about global warming, education, how we stay healthy, get clean water and how we keep ourselves secure.”

Three principles lie at the heart of design thinking.
“Design may integrate technology and economics, but it starts with what makes life easier and more enjoyable. It is more than good ergonomics. It’s a matter of understanding culture and context before starting ideas.”

Brown’s company, Ideo, has done work in India developing hearing aids that can be fitted by patients and health workers, rather than highly-trained technicians. They also worked on ways to deliver a program to screen for eyesight problems that involved schoolchildren helping their parents to understand the program.

At Hames Sharley, we believe the outcome of our work must “enable communities to flourish”.

The communities we work with are groups of researchers or academics, a society or group of people in a local area, a district or region, or a selection of retailers, for example.

It is all about a gathering of people of common interest and purpose and the creation of a space or place that enables them to flourish.
The second principle is to learn by making: building and testing prototypes quickly. “Put ideas into the world. The faster we do that, the faster we work through ideas.”

Brown talks about how India’s Aravind Eye Hospital, which has for the past 15 years used rapid prototyping to develop and manufacture its own intraocular lenses, reducing the cost from $200 a pair to about $2 a pair. Now a chain of hospitals, Aravind provides excellent healthcare to both rich and poor, using paying patients to fund the non-paying.

A demand in one area can, through design thinking, deliver a transformational business solution. From lenses to a chain of hospitals.

Such a result is a testimony to the adoption of a design thinking model and the result of the design team being a strategic partner – not relegated to just service provider. It’s an ideal result, from our point of view at Hames Sharley.
The third principle of design thinking is to shift from consumption to a participation model – one of the biggest challenges for our consumer society.

“This is a shift from a passive relationship between consumers and producers, to the active engagement of everyone in experiences that are meaningful, productive and profitable,” Brown says.

In this new age of rapid communication engagement is a mandatory requirement to succeed.

Such a system relies on the idea of intangible values, as described by the former advertising executive, Rory Sutherland. He posits that there are many forms of values beyond cash that can be created and measured in both design and economic terms. The design-thinking model needs to know of these values held by our communities as they become valuable key performance targets in delivering transformational solutions.

Brown cites an example in health: nurses designed a new way of “handing over” their patients to the next shift. “Instead of retreating to the nurses’ station, they developed a system to hand over on the ward floor in front of patients, using simple software,” Brown explains. “This brought the handover time down from 40 minutes to 12 minutes, increased patient confidence and nurse happiness – a big impact on the 40 hospitals that implemented the change.”

Brown believes design thinking can help to solve the systemic problems that face the world, and make his design profession more expansive, more like Brunel: less controlled by a black-attired priesthood.

In our experience at Hames Sharley, we have found there is a huge creative potential that is unleashed when the design consultant fully engages with the client.

How do you unlock that potential?

First, you must create an exceptionally collaborative environment for everyone involved.

As Brown puts it: “The first step is to start asking the right questions.” 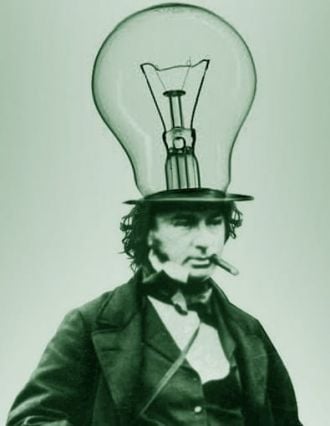