The 2014 G20 Leader’s Summit is upon us. After two years of preparations and publicity, the city of Brisbane will shortly be in the global news spotlight. The international marketing campaign leading up to the Brisbane G20 has surpassed those of previous G20 events, both in its duration and cost.

However, within the property sector, there are mixed opinions as to whether the G20 will offer a lasting legacy and long-term benefits. On October 16, Property Leaders Brisbane asked three respected experts for their views, in particular, whether the G20 will impact foreign investment trends.

The G20 has delivered little to the property sector thus far. An Olympics, World Cup, Commonwealth Games or world exposition always involves major building projects. By contrast, the G20 Leader’s Summit will be held without the need for new dedicated facilities, a major expansion of the Brisbane Convention and Exhibition Centre having been completed in 2012, and the new Royal International Convention Centre opening last year.

A number of hotel and apartment buildings recently opened to accommodate summit participants, the media and those attending the peripheral events, leading to a short-term boost in hotel occupancy rates. But where is the benefit beyond this short-term boosts?

Why invest so much in an event which would see the world leaders here for a mere few days?
The answer lies in a variety of attendants. The G20 is not just an assembly of leaders from the world’s largest economies. It also attracts successful investors and influencers who are here building business relationships and partnerships.

They are staying in accommodation from Brisbane to the Gold Coast, enjoying our hospitality, and taking a new or fresh understanding of our region back home. Their direct exposure to our economy and the opportunities here ought not to be underestimated.

“We cannot expect people around the world to know of our city or where it is,” says Bob Minnikin, senior consultant at real estate agents, Savills Australia, and a key individual involved in Expo 88, the 1982 Commonwealth Games and the inaugural Gold Coast Indy Car Grand Prix race.

Major world events provide an opportunity to build exposure. During Expo 88, the many business relationships initiated contributed greatly to its lasting legacy. Brisbane experienced local business expansion and formation following Expo, as well as a rapid expansion of the city and its CBD skyline. BBS Communications (a communications strategy consultancy operating across Australia, New Zealand and the Pacific Region) is one such organisation which emerged bolstered by this new relationship formation.
Shane Rodgers, the chief operating officer of Brisbane Marketing points out that every city, marketing and campaigning for investment, has similar credentials.

BRISBANE’S CHANCE TO DIFFERENTIATE ITSELF

The G20 provides Brisbane with an opportunity to differentiate itself globally. Recognising the opportunity, Brisbane Marketing created a poster with a picture of Barack Obama with the word ‘Brisbane’ underneath. This gives us exposure to people who have never heard of our city (but have heard of the US President).

It builds pride in our expats, reminds our university graduates of their world-class education, and highlights the potential of doing business in this world-class city now and in future.

Whether as a future holiday destination, a new place to call home, or a new investment opportunity, the marketing campaign has connected our city to millions of people worldwide.
Peter Hyland, regional director of Urbis and a specialist in property strategy and portfolio analysis, emphasises that building a brand is as critical to cities as it is to business.

Brisbane City has plenty to be proud of. It is a recognised hub for research and innovation and, according to Monocle Magazine, one of the world’s most liveable cities. The population is growing steadily and the city strives to be development-friendly.

Foreign investment has played a key role in strengthening activity in the property sector. Brisbane’s property market is highly competitive and yet affordable in comparison to Australia’s other capital cities. Affordability is enabling investors to acquire more assets. We are currently seeing an increase in property transactions, development applications and construction activity. This interest in Brisbane comes on the back of surging Sydney and Melbourne property markets. We expect that the Brisbane G20 will spark more interest here and is likely to generate broader interest across all Australia’s eastern cities. Australia’s property sector is well equipped to meet this demand.

Previous world-class events such as the Gold Coast Indy Car Grand Prix races, Expo 88 and the 1982 Commonwealth Games created lasting legacies for Queensland. We have world-class facilities and have the local expertise to deliver major events. Our cities continue to grow as desirable places to live, invest and holiday. Hosting the G20 is about carving out a new legacy. For those of us in the property sector, it is a chance to engage with global visitors with formal meetings, or to embrace the chance encounter with someone who could benefit from local know-how. 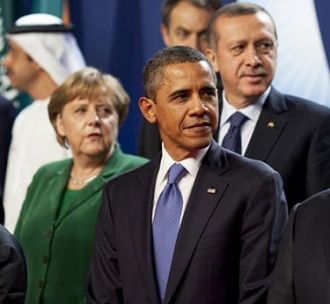