Martin Aircraft has been valued at more than $100 million after its debut on the ASX on February 24.

In 1981, a young aviation-obsessed university student, New Zealander Glenn Martin, began working on his dream to invent the world’s first commercial jetpack. On Tuesday, the company he founded, Martin Aircraft, listed on the Australian Securities Exchange, after securing a cornerstone investment worth up to $50 million from Chinese aerospace group Kuang-Chi Science.

“I always knew it would be a long road to develop a wearable jetpack. The United States military had thrown lots of cash at big companies in the 1950s and 1960s that failed to come up with anything practical, and here I was just a Kiwi bloke in a garage with a hobby,” Martin Jetpack inventor and company founder, Glenn Martin said. 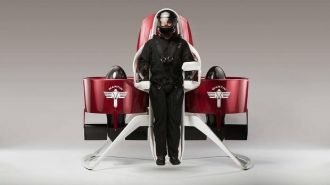