In six months since the beta version of a design-your-own-bus-route tool called Transitmix was launched, users created some 50,000 transit maps in 3,600 cities around the world. It was a fantasy tool, designed for amateurs and wonks alike.

But it was the messages from professional transit planners that led its creator, Sam Hashemi, to think Transitmix might have a future as an actual business, instead of just another fleeting Web obsession. “They’d email us and say, ‘I’ve been waiting for this. Thank you so much,’” says Hashemi, who’s now CEO of the company. “They were love notes in a way. We realized it could be something significant.” 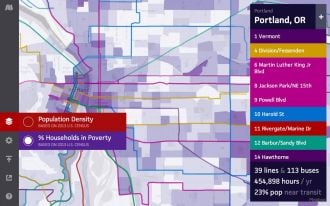