The art of science

How neuroscience is changing design

Interior architects are convinced that the way they design interiors has a big impact on the people in them: improving their moods, making them more productive, and helping them connect with each other. – At best, science could only provide anecdotal and qualitative evidence to support their convictions.

Neuroscience is changing that. Today, researchers are finally able to gather real data about how we react when we walk into a room. And it doesn’t even have to be a real room. Virtual technology means designers can test their theories before they go to the expense of actually building it.

Neuroscientist and architect, Dr Eve Edelstein, is president of Innovative Design Science and a contributor at the Faculty of NewSchool of Architecture in San Francisco. She is one of the researchers behind the development of the Archi-CAVE, a virtual-reality building simulator at the University of California that tests the impact of design on brain, body and behaviour.

“With physiology and neuroscience we are able to explore the inner workings of a person that can’t be answered consciously by a survey,” explains Edelstein.

Comparing heart-rate variability and brainwave responses tell us which components of a built environment affect a change in a person’s state.

Devices such as an electroencephalogram (EEG) measure the electrical activity of the brain. A heart-rate monitor measures excitement and an accelerometer indicate movement.

Edelstein created the Archi-CAVE to digitally recreate a building on the University of California’s San Diego campus. She wanted to test whether people would get lost or not. Test subjects entered the fully immersible “cave” – think Star Trek’s Holodeck – wearing only polarised sunglasses. The entire building is projected on a one-to-one scale. People move around and experience the ‘virtual’ building.

More than 250 electrodes attached via a skullcap measure brain responses, and where brainwaves were disrupted or in a symphony. Tests were validated by measuring responses in the real building.

It’s a new era of collecting data, says Edelstein. “By virtue of the digital phenomenon, we can now measure human behaviour and human preference and opinion on an individual scale in real time.”
Edelstein is convinced we can create healthier built environments by understanding how people react to certain stimulus, and why, by combining the two disciplines of neuroscience and architecture.

Neuroscience is able to provide designers with an increasing body of quantitative research reliable enough to shape decisions about the built environment.

For example, sunlight is essential for stimulating our natural sleep/wake cycle. Regulated circadian rhythms – the physical, mental and behavioural changes we experience in a 24-hour cycle – impact mood, energy, growth, metabolism and health.

Yet people in commercial building spend 90 percent of their time indoors – almost an entire day without seeing sunlight, says Edelstein. “Then they go home and turn the lights on, experiencing constant equal-level lighting that is the same intensity and spectrum of [the office] light.” This affects our ability to produce melatonin, which triggers sleep and wakefulness.

Building design can also affect people’s ability to get work done. Can the kind of light that a student taking an exam has to read by affect their results, for example?

Research at a pharmaceutical company revealed blue light increased error. A glass wall partition introduced to allow sufficient light into the room for workers had an etching to make it translucent. “The blue light electrons that passed through the glass [due to the etching] stimulate melatonin, which [the researchers suggested] was the reason errors were increasing,” says Edelstein.

The true effects of artificial light and colour spectrum are only beginning to be understood with a growing body of research showing that the colour of the light (and intensity) we introduce to the body is important.
It’s not perfect, Edelstein admits, but research is helping to turn an art into a science.

Digital innovation is increasing the reliability of research evidence. Mobile devices such as the Fitbit, which can track people in cities or buildings, capture more information about human responses than was ever possible.

Through combining neuroscience and architecture we have an opportunity to create better buildings and urban spaces. The critical feature of effective design, says Edelstein, is involving a range of experts early on in the design process.

Dr Eve Edelstein will be speaking at the 2015 World Festival of Interiors in November on the psychology of space. 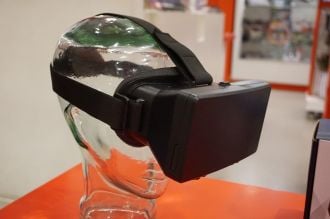