The CBD of Adelaide was jumping on Saturday night. I was there (perhaps for a little too long) and I saw for myself how the opening of the redeveloped Adelaide Oval helped attract huge crowds into the cafés, bars and restaurants of the city, both before and after the game. It’s a welcome return for these businesses that, for the past 30 years, have had to suffer swaths of footy fans trekking out to the Adelaide suburb of West Lakes on a Saturday night, starving the city of potential customers.

It’s got me wondering why any city would put its footy stadium anywhere other than the CBD. Yet Perth is just about to move its footy ground away from Subiaco Park to Burswood.

Subiaco has become known for it’s inner metro atmosphere and successful mixed use and medium to high density living options. What part does the new oval play in this? What will football patrons loose when the oval is moved? Will the new location offer the same transport options, ability to stay around after the game and grab a drink? Where will people go after the football?

It’s not as if our very own West Lakes really benefited from having our footy oval there for all those decades. In fact, given the fact that 77% of footy patrons drove there (there’s no public transport out that way), it was a huge hassle for residents, with patrons parking thoughtlessly sometimes in their rush to get to the game. Only 23% of patrons used the special footy bus to get to West Lakes. Of course, once the game was over, everyone was in their cars or on their bus to get home, instantly killing the festive atmosphere and reaping little for local businesses.

Adelaide Oval’s goal is to get 70% of ticket holders to travel to the game by public transport. They got 60% on the first game – a massive success. That’s about the same proportion that the Melbourne Cricket Ground achieves and the Soldier Field stadium in the car-obsessed city of Chicago too, although the Gold Coast is the winner at the moment with 90% of ticket holders “PT-ing it” to games.

According to the Premier’s office, our new Riverbank footbridge was crossed over 52,000 times as fans came and went from the AFL game (which Port Adelaide won, beating home-town rival the Adelaide Crows by four points). This is great from a sustainability point of view, but it also just makes getting around the city on a Saturday night so much easier and more relaxed. And when people are relaxed, they stop and buy a snack, dinner or a glass of beer.It’s also great to see the local sports teams and their supporters are now integrating other civic parts of the city such as Rundle Mall, North Terrace and Victoria Square and main streets as congregation points before and after the game.The Premier expects our newly-revamped oval will add $100 million to the state’s economy every year, and I reckon he could be right. It’s an extraordinary outcome from simply moving the stadium to the centre of the city.

Back in Perth, both Subiaco and Burswood are about the same distance from the centre of Perth: around three kilometres. But Subiaco works pretty well as a home for the footy because it has a mix of amenities (cafes, restaurants and bars), whereas Burswood has the casino, some other sporting stadiums and not much else. The plan is to put a footbridge over the river so fans can walk to the city, but three kilometres is quite a walk. The cricket ground (WACA) on the other hand is about half as close again to the centre; redeveloping the WACA would use the space more efficiently (winter and summer) and be closer to the big mix of businesses the CBD offers. So is Perth about to repeat the mistake that Adelaide made so many years ago and drain its city centre of life and patrons during the already-difficult winter months? 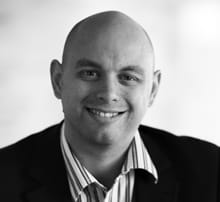