Imagine a supermarket where you are as much a producer and seller as a consumer. Soon, that future will be a reality for shoppers at the Europe-wide Italian supermarket chain Coop. It’s a vision being bought to life by design firm Carlo Ratti Associati. Ratti says, ‘‘If you think about [the worldwide accommodation site] Airbnb, how you share things, we can do the same thing in the domain of food. That is one of our ideas.’‘

Ratti doesn’t mean sharing our home-grown tomatoes (although that’s possible, he thinks). He is talking about making it super easy for consumers to find and share information when they are in front of the products they like and want. In Ratti’s world, there is no distinction between traditional and online retail. “It is not about alternatives, but about the convergence of the two,” says Ratti, who was visiting Australia as a guest of the International Specialised Skills Institute (ISSI) to give a public lecture and work with architecture students at RMIT, where he has an honorary professorship.

Not an Orwellian nightmare …

Ratti’s smart cities are not Orwellian nightmares of surveillance and control, but cities in which everything, from furniture to buildings to the city itself, responds to human presence with information and possibilities.

In the Coop supermarket prototype, now being constructed for the Future Food District Expo 2015, products will be on tables, not shelves, so the shopping experience is more social and open. As shoppers select a product, sensors will automatically replace it from shelving below the table. When a shopper’s hand hovers over a product, they will trigger an informative display to tell them more about the product they are considering. “There’s going to be a seamless way to see that product information is in front of the product,” Ratti says.

Actually, this solution doesn’t exist yet, but Ratti knows it will because this is the way he practices architecture. “We are always playing at this extreme interface, the imminently possible,” he says.

He’s already built something like this for a fashion chain. A shopper buying clothes in the prototype store, called Shop2.0, sees information about their products in the mirror as they try on different garments.

There is a kind of wonder about Ratti’s ideas – a digital water pavilion, for example, in which droplets are digitally-controlled to generate writing, patterns or to form a wall which can change to become an entrance or exit. Ratti says architecture is rapidly changing into a collaborative profession in which designers work with sociologists, electronic engineers, mathematicians, physicists and computer scientists.

“When architecture becomes more responsive and living, you need to look at all these dimensions that were not there before,” he says.

Ratti’s interest is not in digital technology per se, but in people. “What we are interested in is how architecture becomes something much more responsive, which senses and responds to people. The goal is people, and how the built world can interface with people in a better way.” City planners can change people’s behaviour with information, he says, citing a project in which his practice traced the movement of rubbish (TrashTrack) through the streets of Manhattan, so residents could understand the “removal chain” as much as the supply chain. Ratti says: “When you want to create a more dynamic relationship between people and their environment, you can change different parts of the equation. If you get real-time information, you can respond to that and change your behaviour.” Ratti studied engineering before undertaking architecture at Cambridge University and then going to MIT.

It’s an unusual path given that the disciplines of engineering and architecture are often antagonistic. Ratti says: “[Apple founder] “Steve Jobs said, when talking to students in Stanford, if you follow the things you like, you might go on a strange path, you might feel like you are zigzagging, but in the end the dots line up. For me it was similar. I was following some of the things I liked about the built environment, both from a technological and design point of view. By following that and putting them together, the dots lined up.” 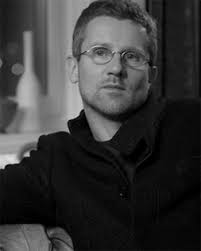