TODs, TADS, etc. are all connected to transport systems and are part of the new planning lexicon. Throughout the trip, we visited the USA and Europe and I came away convinced that all of the best functioning cities had the following characteristics;

All of the best cities had a mixture of metro rail, light rail, buses, cars, bikes and good public spaces. Metro rail is what we have in Perth – Fast (110 kph) separated track, carrying large numbers (B-Series 6 carset - 700 people) long distances – stopping infrequently. In comparison- Light rail can be fast (110 kph) if on its separated tracks, it can share pavements, carries 300 people long or short distances and stops more frequently. Buses carry 60-80 people, share the pavement and also stop frequently. It becomes clear that if you want to move large numbers of people in a single vehicle set, then the answer has to be rail. Rail systems are seldom moved and therefore create value for adjacent land.

In 2009, the Committee for Perth commenced the research and promoted the value of the introduction of light rail; the one transportation mode we don’t have. By this time concerns were growing with regard to population growth; ‘Directions 2031’ at first estimated 2.2m, then 3.5m and now a 5.0m increase in population by 2050. Currently, 1500 new people a week arrive in Perth on top of our natural growth. Emmerson spoke of the expected population growth and resultant demand for cars and congestion. We are only experiencing just the tip of it now.

What can we do to accommodate this growth?

TODs are just a part of the solution and their adjacent real estate is one way to capture the added value of transport systems and create walkable cities.The world is faced with issues in regard to water, energy and climate change. We are rapidly urbanising and in that process we are desperately seeking greater environmental sustainability from our new and existing urban areas and built form. Furthermore, cities throughout the world are grappling the need to build healthy sustainable and safe communities that are less reliant on the car.

What is a Transit Orientated Development (TOD) and why are they becoming increasingly popular with Governments, planners and developers?

There is no simple universally accepted definition of (TOD); however, there are several essential elements which define some parameters:

How do they address the previously mentioned environmental sustainability issues?

Living near good public transport can reduce the proportion of household income spent on travel. Transport needs to be factored into the housing bundle, as the combined cost of place and transport defines the real cost of housing. Location efficiency as identified by the Housing Affordability Index and produced by the Centre for Neighbourhood Technology indicates that efficient neighbourhoods spend up to 15% of their household income on transportation while inefficient neighbourhoods spend greater than 28% of household income on transportation costs. Greenhouse gas emissions also reflect the same range due to the reliance on costly carbon intensive vehicle use.

Directions 2031, a document produced by the Western Australian Planning Commission, indicates that:

All this is based on a 2.2m number and that is now considered to be too low. TOD’s will not provide all of the required answers but in part increased density at transit hubs will reduce the pressure for the wholesale redevelopment of mature low-density inner city communities.Cities that utilised the combination method – Metro Rail / Light Rail / Buses, seemed to have greater flexibility and opportunity and hence the best long-term sustainable solutions.

For a TOD to be successful it must:

Remember, public transport is a pedestrian system. All users become pedestrians before and after their journey, therefore the public spaces around stops need to be visually appealing and safe. When you create a preference for public transport and the car doesn’t become an issue.

Now how does this really specifically affect PERTH? There will be an increased pressure over time to increase the residential and commercial densities in inner city locations. This pressure will not go away! It will be resisted but over time it is inevitable. How do we as a community respond? I am sure we will not enjoy what I call the “vegemite spread” of increased density over the whole community.

As an alternative to this “vegemite spread,” I refer you to the Rosslyn-Ballston solution in Washington. (see below)

This solution has emerged over 30 years and has increased the densities in a 400m radius around the transit stops and it left the existing residential areas undisturbed.

This solution satisfied the need for the inner city areas of Washington to accept greater residential and employment densities. However, it provided the added benefit of increasing housing choice which has allowed people to remain in the same area at different family life cycles. This has encouraged a greater personal investment in their community. These are strong and desired community areas of Washington. As Mayor Zimmerman of the area advised us, “It has been an easy political ‘sell’ as my forefathers did the hard work in explaining the facts and options to our community”. We are going to have to make some big strategic decisions which will have a major effect on the future quality and liveability of Perth. We will have to educate our community, explore options such that you have never imagined, negotiate at a federal and state level for funds and solutions, and we will need to implement plans and planning schemes of increasing complexity.

As an example let me share with you several ideas. These may be well before there time but I can assure you at some time in the future they will become a consideration. We did some exploratory work for South Perth, a community that I live in. It is a generic example of an inner city area that is growing to experience density demand. How could South Perth accommodate future inner-city growth?

Remember the statistics I gave you from Directions 2031: 47% of a minimum of 328,000 dwellings will need to be accommodated in inner-city areas, that is 154,000 dwelling units. If South Perth we took only 5-10% of that it would be between 7,700 to 15,400 dwellings. South Perth currently contains 19.176 dwelling units (Source: 2006 Australian Census Population & Housing). Now in an attempt to avoid “the vegemite spread” that affects everybody, an effective TOD identification program as I have seen in other countries will increase overall densities but will preserve much of what we enjoy about South Perth today. The Washington example can be applied to all inner city suburbs.

This is the current South Perth Town Planning Scheme. Superimposed over it is a plan showing the historic tram route and a suggested light rail route down Canning Highway.

Let us assume we built those light rail alignments. If we look at the current Town Planning Scheme each of the areas currently has an increased density code R40’s, R50’s, R80’s, even some R100’s in these areas. I have placed a 400-metre radius around these selected centres and as you can see almost everybody in this area is within an 800 metre or a 10-minute walk to a transit stop. However, if these are to be real and effective TOD’s, they will need greater density and greater mixed use in the red shaded areas and they will need to be better planned.

The conversation should not begin with density but rather that increased people create vibrant places and support restaurants, offices and public facilities. What we are creating is walkable safe communities. For example look up www.walkscore.com and see how your community rates. For example, Subiaco is the 6th most walkable neighbourhood, Highgate is 3rd (Walkscore 87), South Perth 8th, Floreat 63rd (Walkscore 61), Baldivis (Walkscore 23) is a car-dependent city.

TODS are also not all about housing. In Seattle, they have a concept of Urban Villages and these are designated as High Growth/Medium Growth/Low Growth. High Growth would involve high job creation opportunities in offices, retail, entertainment and education and housing whereas low growth might mean just housing. All TODS are not associated with light rail. Metro rail and land use can create opportunities. Cockburn Central is a TAD and this is how one area, around the Como Hotel, could respond;

Now just to “walk on the wild side” for a while, let’s look at the proposed station at Richardson Park, South Perth. Currently, it really doesn’t have the population or demand to warrant building a station. But let’s view the precinct from a perspective in say 50 years time, and let’s presume:

Let me show you an option, it looks like this:

These schemes may never be built but I can assure you: Perth will grow to greater than 3 million people in 20 years,

The Deputy Manager of Denver said: Congestion in the 50’s was bad politics. Congestion today is good politics because what I say is when the pain of sitting in your car gets too great——move into the public transport and the housing choices we have provided.The most important thing I took away from my trip around the world looking at transportation systems and TOD’s, were the words of Mayor Zimmerman:

It has been an easy political ‘sell’ as my forefathers did the hard work in explaining the facts and options to our community.

I believe WE as educated property professionals now have that same responsibility to educate our community and politicians of the options available and to demand that the light rail proposal does not get delayed.

Furthermore, we need to open up the dialogue with our communities and encourage them to seek solutions that best fit their city. 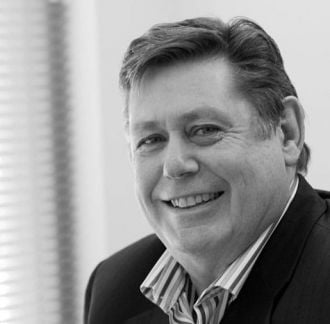