For the best example of the worst city planning, go to the Pudong area of Shanghai, says Kent Larson, an expert in city design and co-director of City Science at Massachusetts Institute of Technology’s (MIT) Media Lab in the United States.

“The old city of Shanghai is great with its architecture and restaurants and vibrant street life,” says Larson, who gave the keynote address at the Green Cities 2014 conference in Melbourne this week. “But go across the river to Pudong, which has been totally designed around the car, and it is the most anti-human environment I have ever been in. There is no street lighting. The buildings are gated, and you drive into the parking lot and go up in an elevator.

“It’s a perfect example of what happens when you design for cars, not people.”

Larson, who practised as an architect for 15 years before joining MIT’s Media Lab, got his first degree in anthropology. That makes him interested in people and their behaviour.

“People come first,” he says, before wowing crowds with his lab’s array of remarkable technologies.

The CityCar is one of the lab’s best-known inventions: a foldable, electric, shareable, two-person car with a zero turn radius. Three CityCars can park in a single space designed for a traditional automobile, Larson reveals.

The CityCar is not meant to be a personal vehicle. It’s designed to form part of a network of shared vehicles that Larson predicts will one day drive themselves, coming to us when summoned to take us to our destinations.

Larson’s lab is working on a pathway to reinventing our cities so that they work better for the people who live in them, making us healthier, more prosperous and happier.

This future city is one that is in constant transformation. Cars unfold to drive and refold to park. Ordinary bicycles transform into electrical ones by changing their back wheel. Kitchens become living rooms as movable walls roll aside at the touch of a finger. Livings rooms turn into bedrooms as a fully-made double bed descends from the ceiling using the same simple system that lifts and closes our garage doors.

It’s a hard sell for baby boomers, brought up on values such as car = freedom and home ownership = independence. But for the millennial generation, it’s just what they are after. “We are hung up on total freedom,” he says. “But I believe young people are increasingly not. They don’t care about brands, and not so much about ownership. Freedom for them is not having a car that you have to worry about parking, ensuring and maintaining, or about owning an illiquid asset like a home that means they cannot go where the jobs are.”

So why are our cities clogged with traffic, polluted (to varying degrees), and hothouses for crime, alienation and disease?

Those are the questions Larson wants to solve. In his vision, density can be done well and we can design away from the problems that make the idea of living closer together so unpopular.

Planners to the rescue

Many of our cities’ problems can be solved, and are being solved, at the local government level, with planners and policy makers playing a key role.

The barriers to resilient cities lie first in the allocation of land. “How do you build a community that functions as a whole when typically cities allocate land in a chunk, and each developer optimises their piece without thinking of the whole?”

This requires changes to zoning rules.

In the most liveable cities – Melbourne among them – planners and policy makers extract community resources from developers in exchange for allowing greater build-able areas – such as increased building heights.

In Hamburg, for example, a developer may have to build a school or pharmacy or agree to restricted parking to win a development permit.

MIT’s Media Lab comes up with working prototypes of its ideas – students even live in its adaptable apartment to road-test them – and Larson talks constantly with industry about getting these innovations to market.

“No developer will build the micro-units that we are proposing if those products don’t exist. There has to be a supply chain, certification, warranties, a way to service them, like everything else we do.”

Larson is talking with the furniture mega-brands, such as IKEA, about the lab’s adaptable furniture (beds and tables that retract into the ceiling, and movable walls) and to developers about the micro-unit. So far, he’s got interest from developers in Bejing, Angalor, Manhattan, Cambridge (USA) and Australia.

Will we really end up with a better life surrounded by such contraptions? Larson is convinced we will, but it is not an easy task.

Mayors and planners, developers and manufacturers are the key constituents he needs to persuade to adopt some or all of the lab’s ideas, but it’s hard to enlist them because the construction industry is a fragmented one.

Architects, he says, become involved too late in the process to be agents of change. Urban designers are too ready to design around cars and default to auto-centric models, he thinks, especially in China, where they are repeating America’s mistakes at alarming speed.

He hopes the lab’s most recent project – CityScope – will help him get decision-makers to understand the implications of their decisions.

“Right now, most modelling is done on a computer platform where you are looking at three-dimensional simulations on two-dimensional screens,” Larson says. “Experts are very good at understanding that it is inaccessible to the non-expert, and most decision-makers are not experts. A typical mayor has no technical expertise.

“We tool this way of modelling out of the computer and into three dimensions – using Lego by the way so people aren’t afraid of it – and the stakeholders can actually participate. It’s sometimes called co-creation, when multiple people are engaged in the process.”

MIT’s Media Lab focuses on six key areas of research critical to retrofitting our cities to increase our use of resources – the city fabric, buildings and mobility systems – while reducing our consumption of those resources.

The six key areas of study are: 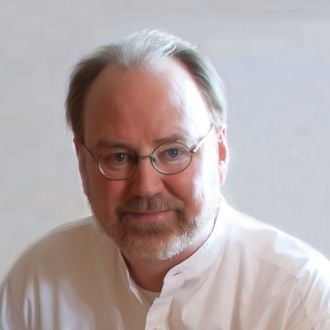