The rise of the creative in place consumption

The urban retail precinct is an emerging typology for shopping in the Australian context. As a new generation of Australian city-dwellers commits to urban living, retail patterns are shifting away from suburban shopping malls, and retailers of all types are reinventing themselves to maintain relevance in urban centres. Despite this trend, few definitions of urban retail exist. However, we do know some of the key elements. They include street-based activation, a mix of uses, access to active and public transportation, leveraging of surrounding neighbourhood character, connection with the community, management of car parking and servicing ‘behind the scenes’, integration of technology, the overlay of events programs, and the inclusion of community assets such as education and public spaces. These components have been well documented as the physical attributes of an urban retail environment. But they, in and of themselves, do not generate the value ascribed to place consumption.

In parallel, the rise of the creative class has slowly become a part of our everyday lives. The phrase, originally coined by Richard Florida in his 2002 “The Rise of the Creative Class,” describes the growing role of creativity in our economy. In combination with ‘design thinking’ now being taught in business schools, as described in my original ‘Place Consumption’ article published in Shopping Centre News, June 2014, we can accept that the role of creative thinking and ‘doing’ is now understood as an accepted way of life and, more importantly, a foundation for our economies.

In his book, Florida describes a society in which the creative ethos is increasingly dominant. Millions of us, he says, are beginning to work and live much as creative types like artists and scientists always have. Florida argues that values and tastes, our personal relationships, our choices of where to live, and even our sense and use of time are changing. Leading this transformation are the millions of people – calculated at over a third of the American national workforce to provide a sense of scale – who create for a living. This “creative class” is found in a variety of fields, from engineering to theatre, biotech to education, architecture to small business …and retail. Florida identifies that the choices of these people have already had a huge economic impact. Moreover, they will determine how the workplace is organized, which companies will prosper or go bankrupt, and even which cities will thrive or wither.

And Florida’s ‘creative class’ is also a founding member of the urban retail generation. Not only is it this demographic group, who tend towards choosing to live in urban environments, who are demanding authenticity of experience in every aspect of their lives, including the way they consume. It is also the creative class who are responsible for reshaping retail to be less of a standard box, and more of its time, place and, often, community. And this is where things get interesting.

It was Harvard Business School’s Michael Porter who first translated the competitive advantage of business to that of nations, cities and, by extension, places. Amongst multiple enabling strategies, he identified two methods of place creation that are highly relevant to the urban retail model. The first is the differentiation strategy. In this strategy, the goal is to provide a variety of products, services or features to consumers that competitors are not yet offering or are unable to offer. In application to the urban retail model, this means the creation of a place that provides a destination quality that none of the competitors is able to offer. When all shopping centres have similar leasing opportunities and are competing for the same internationals, this is the quality of the place that will both secure the leasing deal and draw the crowd. The aim is to create a destination that others can’t offer and we have seen this manifest itself in the rise of ‘authenticity’ in our language to describe retail environments. This is usually attributed to the way in which the shopping experience relates to its immediate surroundings, is connected to its community, or builds upon an existing identity of place.

But what if there are no apparent context-based differentiation opportunities for an urban retail model? Then Michael Porter’s innovation strategy can apply. Porter describes the innovation strategy as determining how, and to what degree, firms use innovation to deliver a unique mix of value to achieve competitive advantage. The goal of the innovation strategy is to leapfrog other market players by the introduction of completely new or notably better products or services. This strategy is typical for technology start-up companies which often intend to disrupt the existing marketplace, but the same opportunity exists in urban retailing. Examples of this strategy are increasingly evident in the retail landscape of urban environments.

The food-based precinct of The Grounds of Alexandria provides a good example. In this instance, an industrial lease, rather than a traditional retail leasing strategy, has enabled the creation of a bespoke destination with multiple food offerings, an urban farm complete with animals and produce, food and coffee school, extended opening hours, events management, and a managed car parking strategy to ensure the destination is accessible. Coupled with the wholesale food retailers attracted to be adjacent The Grounds or vice versa, the transitioning industrial to urban precinct has a competitive advantage because it is different, Porter’s point one, and innovative, Porter’s point two. People drive across metropolitan Sydney to experience the place. They book months in advance to host an event at the venue. They queue for the car park in order to share in the experience.

Porter warns that it is harder for more established companies to pursue this strategy because their product offering has achieved market acceptance. But he does note that successful companies invest heavily in their research and development programs to achieve success, particularly with respect to innovation. Here the ‘creative class’ again enters the arena. Research and development is the natural homeland of creatives and of design thinking. In order to break the nexus of more of the same and apply strategies other than lower cost (which interestingly is Porter’s first strategy for competitive advantage), creative thinking needs to be harnessed to assemble urban retail destinations. The quality of these places can then be understood in broader terms than we have traditionally been accustomed to, including traditional retail planning and the architecture of buildings. While the attractiveness of the built form and functionality of the retail offering is essential, so too is a rich cultural scene and high concentration of people who may, or may not, be shopping. Taking this to the extreme is the case of Sibella Court’s latest venture, The Society Inc, in Sydney’s still industrial but transitioning St Peters. At The Society Inc retail is ‘warehoused’ in an emerging creative precinct, the neighbour of photographers, printers and graphic designers, and is shared with Court’s interior style school that operates a program of events. Interestingly, the project has also enabled Court’s originally, more traditional retail venture in Paddington, to be converted to AirBnB accommodation that also showcases the retail wares and style initiatives of Court. Like The Grounds, The Society Inc. is an urban retail venture operating outside traditional retail ground rules. It is a destination, and in the case of the Airbnb component, has an international draw as a consequence of its uniqueness and innovative character.

The measure of the success of an urban retail destination’s competitive advantage is whether it is an attractor for both the local neighbourhood and broader community and, as a consequence, the retail economies are sustained and grown. The value of the place is a measure of its attractiveness, and attractiveness is achieved through differentiation and innovation. Either professional creatives, or creative thinking, or a combination of the two, can ensure that differentiation and innovation are embedded within the design of a place. Highly attractive destinations, especially those underpinned by retail economics, will achieve the highest value of place consumption.

This story was first published in the May 2015 edition of Shopping Centre News. 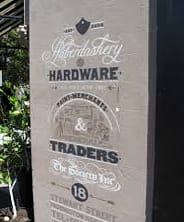