Return to fundamentals in apartment development

Property investors are placing greater weight on long-term returns and value from off-the-plan apartments. We look at what the experts say are selling, and why.

Selling large-scale new developments is easy in a rising market; investors buying off-the-plan frequently found their purchase worth more by the time they paid for it at completion.

With the newspapers warning of downturns, property valuers and advisors are wary about advising investors to purchase high-rise apartments off the plan.

But developers and architects are welcoming the return of investor focus to the fundamental values of property as a medium- to long-term investment based on good rental yield, capital growth over time, tax depreciation and value for superannuation portfolios.

They say the focus on short-term gains was market driven, not developer driven. Many believe there are additional underlying factors that will sustain the financial returns for apartment projects.

One national developer, who doesn’t have any unsold product on any project built or in construction (currently $1billion underway), says his optimism about the long-term sustainability of apartment value is based on our natural population growth and the disparity in the value of units to housing in the key markets of New South Wales, Victoria, Queensland and Western Australia.

Media criticism of development projects is focusing heavily on disparities between the value at purchase and value at completion.

A recent national survey by valuation and property advisory group WBP Property focuses on this metric. Of 893 off-the-plan apartments valued prior to settlement between January 2013 and June 2014, 389 properties, or 43.6 percent, were valued at less than the purchase price on completion. The median shortfall in value was $35,000 with a median purchase price of $434,000. In one extreme case, a property was valued at $420,000 less than its purchase price.

But this does not paint the whole picture, developers say. Investors looking for a quick buck by buying off-the-plan are taking a risk. They win some and lose some.

Of course, the debate about what the market wants is frequently oversimplified: small apartment blocks, good; large-scale developments, bad.

But Louis Christopher, founder of SQM Research, believes the reality is not so cut and dry. He has seen money gained and lost on both high-rise developments and small developments. “I would rather buy into a large-scale development if the valuations are reasonable than a small scale development.”

Valuers, who observe the market as a whole, say that developers that adapt the way they design and market their projects are more likely to be the winners. The top performers share common characteristics and the trends are clear.

Here are their insights.
High-rise apartments bought in Sydney between 2009 and 2012 have largely done well for investors, says Louis Christopher, founder of SQM Research. Supply remains tight in Sydney and recent capital growth has been strong.

However the risk of apartments not stacking up at completion is more pronounced in Melbourne than in Sydney, says Melbourne-based Greville Pabst, CEO and co-founder of national valuation and property advisory group WBP Property.

Melbourne has seen a surge of apartment development in recent years, leading some to point to an oversupply.
Rather than telling investors that they get a discount because they buy off the plan, developers must emphasise the factors that offset the 20 to 30 percent premium buyers pay for new apartments. SQM’s Christopher says: “New apartments deserve to be sold at a premium”, he says. “All the fittings are new and there are low maintenance costs for the first few years.”

Refocus investors on the sustained value of their purchase

The rental yield apartments bring in is typically higher than that of a house. This usually makes up for the lower capital gains of apartments, he says.

Capital growth is linked less to economic tides when investors look for value in regards to location, proximity to amenity, and the size and design of the dwelling.

Combining these all these considerations typically leads to a better long-term investment strategy than the quick buy-and-sell mentality of the housing booms.
Pabst observes that in Melbourne some projects are more likely to deliver a satisfactory return.

Build for the broadest market

Two-bedroom and three-bedroom apartments ranging from $550,000 to $800,000 are those most likely to fall short of the sale value on completion, he says.

However, one-bedroom apartments priced between $300,000 to $400,000 hold up better. This is probably because there are more buyers at that price range, he says.

Well-located, boutique apartments in blocks of less than 25 are likely to show better capital growth than large-scale developments, Pabst says.
Another key attribute of value is scarcity. A tower of apartments with similar or exactly the same floor plans is a case in point. When an owner wants to sell, chances are there will be another three or four similar apartments on the market at the same time.

Build scarcity into the design

Developers can build scarcity into large-scale developments by varying the floor plan designs. It might be more expensive to build, but can often lead to quicker sales and keep the long-term value up.
Bart Mead, the Brisbane-based CEO of Propell National Valuers and vice-president of the Australian Property Institute, is concerned that investors are paying for the large marketing budgets and high body corporate fees for amenities that may not suit the market.

Designers and developers of large-scale projects will need to do detailed research into the needs and desires of their ideal buyers to scrutinise whether added extras – such as gyms – are seen by their market as a plus.

The apartment market in Australia is proceeding at different speeds. No blanket solution works for a whole region or state. The differing appetites for dwellings size and amenity, not to mention the variable construction and land costs, put the onus on the developer and his design team to establish their place, their competition and their uniqueness in order to strengthen consumer interest.

Like all consumables, every project must compete locally first, focus on innovation and respect and deliver to its market.
Developers are happy to see the end of short-term speculation and are encouraging investors to focus on the long-term, sustainable advantages of buying off-the-plan. The pressure from property valuers and advisers, and demand for solid medium- to long-term returns from investors are factors that inevitably drive up the quality of projects, a social benefit as well as one for property buyers. 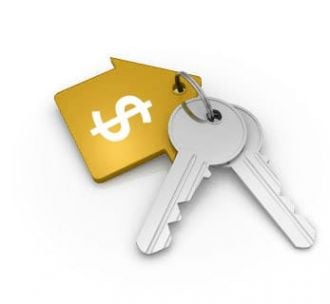