Get ready for growth in 2015. Indicators are aligning that point to an upbeat year in property and construction.

Consumers and businesses are shifting from a recession mindset to a growth mindset, says Jeff Schwartz, principal of Deloitte Consulting, in the Deloitte Human Capital Trends 2014 report. As companies lift their heads from the austerity focus of recent years, the construction sector is likely to benefit. Companies that are growing move, build and revamp premises.

Commercial, retail and residential markets are set for growth in 2015 as confidence in investment from the domestic and Asian market, a growing population creating demand and a resurgence in retail development following the downturn that started with the GFC six years ago are behind this trend.
Location, location, location and money to invest in construction is the mantra for 2015.
The Sydney market continues to dominate demand for strata office space, but demand is spread across several capital cities, the Knight Frank 2015 Global Cities Report reveals. “Over the past five years, despite the generally tougher economic conditions, construction has been strong with major office precincts in Sydney, Melbourne, Brisbane, Canberra and Perth adding over 10% to their stock base.”
Canberra (18.9%), Perth CBD (17.7%) and the Brisbane Fringe (16.2%) demonstrated the highest growth, Knight Frank reports. Expect this trend to continue with a steady supply of property generated through existing development commitments and continued long-term tenancy. These are favourable conditions for investment and building in the commercial property market.

There is a ‘but’, unfortunately. Unless you are developing and leasing A-grade quality commercial properties it’s a dangerous place to be, says Caillin Howard managing director of Hames Sharley.

“Vacancy rates in B and C grade stock (anything outside of the CBD or much older buildings) are steady, but north of 12-15 percent,” Howard says. Many of these buildings require redevelopment with tenants preferring newer premises that are competitively priced.

Tenants want “green and sustainable”, report Knight Frank, because Green Star efficiency credentials help businesses save money on ongoing energy and water costs. Requests for larger floor space, for a higher density of occupancy and open plan and active spaces, are also trending – think co-working and hot-desking.
Every government will spend on infrastructure next year. New South Wales is the best immediate prospect. Hames Sharley director Michelle Cramer says, “There’s a big push in investment in infrastructure in New South Wales.”
The NSW Government recently updated their state infrastructure report promising to spend $1 billion to improve water quality and security in regional NSW, a further $2 billion on schools and hospitals, plus a commitment to roads renewal and improved transit between Bankstown and North West Rail Link via the CBD. This means a second harbour crossing. Expect the $500 million investment in sporting and cultural infrastructure to increase the state’s economic capability, the experts are forecasting.
The push for investment in infrastructure is reflected in other states. Western Australia, South Australia, Queensland and the Northern Territory governments have committed to spend on tourism, transport, water, education and sports infrastructure.

International investment is looking very optimistic too, across all construction sectors, especially from the Asian market. Foreign investment contributes up to 35 percent of new development in residential, according to Property Council of Australia reports.
The current population stands at almost 24 million people. Over the next 50 years, the Australian Bureau of Statistics predicts the population will double.
“The clamber to develop residential properties has to do with population growth,” says Cramer. “Basically people are looking for places to live.”
Apartments are the answer to the demand for homes. More homes can be created in less space.

Keep your eyes peeled for opportunities like these in 2015.
As we pack into apartments we need better public parks and spaces. People are ditching the detached house with front and back yards for urban living and they need green spaces for sitting, reflecting, coming together and being active.
Expect investment in dynamic spaces that integrate public space with residential, commercial and entertainment zones.
“The 21st-century park is very different to the 20th-century park,” says Cramer. “It’s the difference between the Botanic Gardens, where gates get locked in the evening, versus the un-gated park with cafes and restaurants activating community involvement and use.”

A trend toward shared investment between the government and private sector is emerging.

“Governments can’t afford to pay for all of the infrastructures. They have to work with developers for mutually accepted outcomes,” says Cramer.

The recently created Barangaroo Headlands Park is a good example of this model of shared investment being tried and tested, Cramer says. “It is a government-led public park initiative being delivered by a developer.” A public-private partnership such as this will be on the rise as governments struggle to deliver recreational capacity.
“Retail has come back on the boil, big time,” Cramer says. “There are new retailers in the market and new retail outlets to build for.” Opportunities exist in every state.
The fight to breathe life back into shopping centres since the global financial crisis (GFC) is behind significant changes in approach to retail developments. “The old-fashioned shopping centre is being broken down into a different ecology – retail centres are becoming a destination to go to,” says Cramer.
The traditional shopping centre is being transformed into an active place that provides people with a place to sit (not just shop), with gardens, community facilities or entertainment and offices.

Howard argues that the strength of local retail never really wavered. Despite a tough economy, Australia maintained a strong retail sector thanks in part to the broader economic buoyancy in contrast to other nations during the time, as well as retail protection measures enacted through the Corporations Act.

“Retail has been outstanding.” It’s why we are now experiencing the interest in overseas investment and migration to Australia, Howard says. “Valuation weakened following the GFC but that meant we saw some really good buys and now valuations are getting a lot stronger.” This is contributing to bringing retail ‘back on the boil’.

Embracing new technology along with transforming shopping centres into truly lifestyle-driven environments that are recreational, not only transactional, will help retailers to meet current demand. People want to connect, and they want community, not only an exchange of goods and money.
Improving government processes is high on the agenda of the construction and development sectors for 2015. Many states are ending or heading into new election cycles. In particular, in New South Wales, Queensland and Western Australia, improvements to planning processes are being debated. Stimulating the economy and reform in the planning process is driving this government debate. The Property Council of Australia is advocating for changes that are reasonable and cost-effective as these reforms get underway – something we all have a vested interest in.
Collaboration and creativity will drive construction and development in 2015. Expect people’s attention to be on integrating land use, conserving the environment, investing in mixed-used developments and focusing on where people work and live.
Service providers with a deep understanding of their markets will be at the top of the pack, says Howard. A year of travelling state to state each week, meeting with government and industry has left Howard convinced of the need for more original thought.
“We need a lot more research and a lot more thinking before any of us commit to drawing drawings let alone building,” Howard says, rather than duplicating what has already been done in the past, the sector will thrive when it considers what doesn’t yet exist and how new technology and behaviour inform this.

REMOVING THE ROADBLOCKS TO DEVELOPMENT

Howard says, “All in all it’s going to be a boom.” 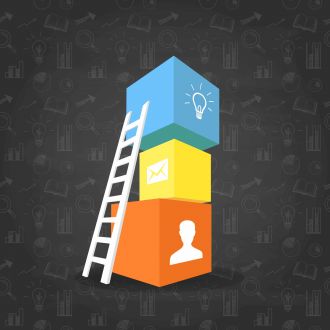