How do you make public places fun? It’s a science

Landscape and playspace architect Fiona Robbe doesn’t like the term “playground”. It suggests a place where kids are placed and adults passively wait outside.

Instead, public places should meet everyone’s social needs, young and old. As cities become denser and yards become smaller or non-existent, a fun space only for kids fails to live up to the needs of the broader population.

There should, for example, be “play equipment” for the elderly and disabled to build coordination and muscular control, Robbe says, in addition to activities to suit all ages.

Fortunately, developers are becoming increasingly interested in creating a “new genre of playgrounds”, Robbe says. Her firm – Architects of Arcadia - is working with developers including Stockland, Lend Lease and Meriton to create spaces that bind communities together.

“Developers have often been criticised for putting coloured poles and decks in the ground and saying ‘there’s your playground’,” Robbe says. “Now they seem much more curious about what makes a good park. What is social cohesion and how do we design it? They are very interested in that message, and that’s what we’re noticing anecdotally.”
So what are the elements that make people kick back and relax? First, people need to be “given permission” to have fun for its own sake without paying money, Robbe says, and this is why public parks are so important.

The ingredients of fun: learning from kids

Observing how kids engage in play is a good way to start building knowledge of engaging adults.

Kids need a place to engage, Robbe says, rather than be passively entertained in the way they are when they watch TV. They should be able to invent their own games, test the boundaries of reality and do things with absolutely no idea about the end goal.

“That’s such a wonderful thing about childhood, and so hard for adults to grasp,” Robbe says. “The means are more important than the end.”

The holy grail of this kind of engagement is what is known as “loose parts play”, Robbe says. Playgrounds like the Imagination Playground in New York by David Rockwell and organisation KaBOOM! have set an example here with their “playground in a box” that contains tools, construction materials and objects that can be pieced together in endless ways.

“This is absolutely the most revered form of play because children can endlessly construct an environment or play with possibility,” Robbe says.

There should also be a commitment to use natural materials where possible, Robbe says. While not ruling out colourful artificial structures, she says trees, rocks, plants, mulch, water, sand and timber should be used in abundance.

“Modern kids in their hurried lives, apartment-based living and manicured backyards, they don’t have a lot of access to natural environments,” Robbe says. “We know from research that this is of fundamental importance.”
But adults should be in the mix as well. Adults and children can derive mutual pleasure from playing with each other.

It’s not just about kids

“The best toy for a child is an adult,” Robbe says. “The old model was a playground with outside seats. Now the model is having the seats inside the playground. Adults need to have pleasure too, and be able to extend their own possibilities.”

Adults can also be given permission to “play” on their own. At Beaton Park in Nedlands, Perth, Arcadia have designed a playground that caters to all ages, abilities and cultures.

The various pieces of play equipment have been tweaked to provide for different levels of disability, Robbe says, with many suited to building coordination and agility.

“These could suit … anyone,” Robbe says. “You might have broken your leg and need to exercise to regain muscular control.”

There is a hub in the centre of the playground offering toilets, barbecues, pizza ovens, generous levels of picnic tables, and possibly a café.

“Coffee is the great social glue,” Robbe says while noting it can be hard to provide due to council rules against commercial activity on public land.

Bike tracks and community gardens all make this space more vibrant and relevant to the public.

It is a genuinely accessible place for everyone, she says – to a far greater degree than simply installing wheelchair ramps into the vicinity.
Professor Billie Giles-Corti, director of the Melbourne School of Population and Global Health at the University of Melbourne, says it’s not just about parks and playgrounds. For any public space, there needs to be more focus on making the built environment “legible, interesting and giving people a sense of surprise”. These considerations don’t have to be expensive to achieve significant public health benefits.

And it’s not just about playgrounds

Logic is a simple place to start: windows be placed where there is something worth looking at, for example. But too often, logic is missed. Giles-Corti has seen staircases that go nowhere or that force users to walk from one side of a building to the other to use them.

“From a health point of view, designing spaces that encourage people to be active and use the stairs, that is restorative and good for mental health,” Giles-Corti says. “There’s lots of evidence that for hospitals where you have patients looking out onto green spaces they recover more quickly from a stroke.”

People also love surprises, she says. This could be as simple as seeing an animal in a tree or some beautiful birds on a lake. Nature is full of surprises and doesn’t cost much to provide access to it.

“As cities densify, what we really want to do is create spaces where we intensify the way we use land closer to the city,” Giles-Corti says. “People are sometimes afraid of change, but you want a good design that will get people to embrace change. I think design can make an enormous difference in terms of that agenda.”

Robbe says sensitive public space developments can not only help developers manage their reputations in an often controversial industry, they can also bring entire communities together.

Take Lizard Log playground in Western Sydney Parklands, where huge groups of people turn up and stay for hours, bringing their own picnic gear and even their own barbecues,

“You have an incredible array of cultures turning up,” Robbe says. “If Australia really wants to say we are an inclusive society, this is how we are doing it. I wish politicians would see this – we are creating a peaceful society through the design of outdoor spaces.” 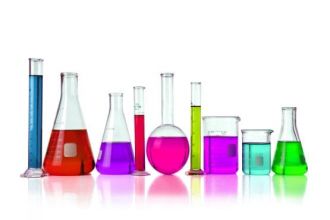