Surely someone is in charge of designing our cities?

Ask yourself a simple question: who runs Sydney?

We’re a global city; a magnet for talent and investment and home to more than four million people.

We’ve got huge demands and challenges in delivering on the infrastructure, services, jobs and housing people need.

So surely someone is in charge, right?

Sydney’s fate currently depends on the mood and mindset of more than 40 councils. Some of the larger ones, particularly in our west, pitch in.

But too many councils are focused on small and parochial concerns, rather than the bigger task at hand: making a global city work for the people who live here.

Sydney matters. It accounts for a quarter of the nation’s economic growth and serves as a hub for international capital.

Our universities attract the world’s best and brightest, global corporates want to anchor regional headquarters in our CBD, and our diversity is a major plus in a competitive international market.

So the challenge is to harness the positives of Sydney and give it a new momentum that enhances our prosperity and productivity.

The Daily Telegraph’s Fair Go for the West campaign has been telling. It has emphasised the upside and potential of Sydney’s booming west and creating a climate for success.

Fair Go for the West has pointed to London’s overarching authority as one example of a model that can turbocharge projects needed to break the gridlock gripping Sydney.

But it is also about setting a clear vision for the entire city – one that is bigger than the whims of small councils or noisy NIMBYs.

We invest in cities for the long-haul and see what works – and what doesn’t. And right now, Sydney has a big task in front of it.

We need to close the housing supply gap that risks freezing a generation of young people out of the market.

We want to end the jobs divide between east and west that sees 200,000 people travel an hour each way – each day – to work.

We must have a continued focus on the opportunities that flow from major infrastructure like a second airport – projects that will eventually change the shape of Sydney.

In short, it is time to make smart choices about how we grow.

Sydney’s local government boundaries were largely set in the 19th century, and they remain an anachronism that holds us back.

We are a 21st-century city and we need to act like one.

Let’s think strategically. Let’s get the big picture. Let’s be bold. And let’s get behind Sydney.

This opinion piece first appeared in Daily Telegraph, and was reproduced with the permission of its author. 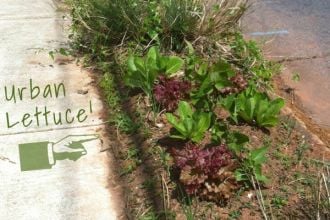