The current planning system, known as ‘third-party objection and appeal rights’, or TPOAR, favours wealthy homeowners in high-value suburbs, a report released in May by the Australian Housing and Urban Research Institute has found.

The study shows that those in the highest socioeconomic quartiles – with high wealth and education – are nine times more like to object to new developments than those in the lowest or most disadvantaged quartiles.

In doing so, they undermine efforts to increase the density of our cities and force the cost of development up, sometimes by many times.

In one case, four appeals made over seven years cost a developer $3 million, and the residents themselves $170,000.

As a result of this process, housing supply in this area fell to a delivery rate of one dwelling a month, compared to fast-track approval processes, which enabled delivery of six dwellings a month. However, fast-track approvals fuelled community anger and mistrust.

The study looked at alternative planning models, such as the early upfront consultation processes currently stalled in the New South Wales parliament, which it found also generated problems with residents.

Click here to read AHURI’s full report or its summary. 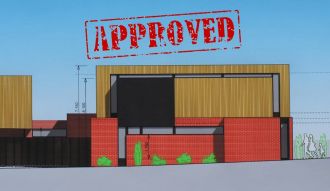