Who gives a crap? A lot of us, apparently

‘Sustainpreneurs’, as they’re sometimes known, have taken up production of everything from bamboo cutlery to computers, and it seems that there have been some real winners in Australia.

Dana McCauley reports that two such winners are KeepCup and Who Gives a Crap.

Who Gives a Crap is a social enterprise which gives a whopping half of its profits towards building toilets in the developing world. In 2012, founder Simon Griffiths crowdfunded his enterprise by live streaming himself on the toilet for over two days to pay for his first production run. Since those days, Who Gives a Crap has tripled in size, now branching out into paper towels and tissues as well as their various sustainable toilet paper products.

Melbourne mum Abigail Forsyth came up with the idea of KeepCup while she was running cafés years ago. After a slow start due to some design issues, sales have picked up as demand for reusable coffee cups has increased, and following the ABC series War on Waste presented by Craig Reucassel of The Chaser fame, sales quadrupled overnight.

With the current appetite for sustainable products, opportunities in this space may abound.

The full story can be found here. 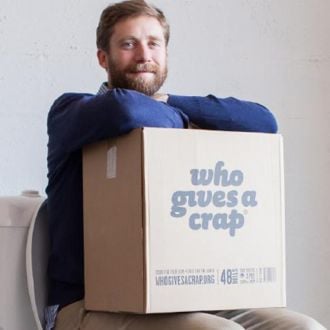