Digging it: How important are city farms in modern urban design?

The City of Sydney has embarked on an ambitious project to establish a farm in Sydney Park, a 40-hectare green space in the inner city suburb of St Peters, about 7kms from the CBD.

The city council’s decision to proceed last September came in response to a strong push from a community of passionate urban farmers called the Sydney City Farm community, and after a community consultation and feasibility plan.

The farm will host farmers’ markets with fresh, locally-produced food, feature an urban fruit-filled orchard, and run a program of sustainable workshops.

Katy Svalbe, a landscape architect who is the president of the City Farm management committee, says: “Generally children and people of all ages are so disconnected from the realities of food, and where it all comes from. More and more, people want to become self-resourcing,” Svalbe says.

The proposal received remarkably high community support, with 95% of submissions in favour. The Lord Mayor, Clover Moore, says the inner city farm will allow Sydney-siders to learn about country life, and participate in educational, community and cultural activities.

Fans of Utopia, ABC TV’s satirical comedy series about our planning system, may be sceptical about political commitment to community gardens and farms.

But in Australia, the groundswell is coming from a growing movement of city dwellers who, for many different reasons, want to grow their own food, either in their homes, on apartment rooftops, or in community gardens.

Russ Grayson, spokesperson for the informal network. Australian City Farms and Community Gardens, estimates there are more than 500 urban gardens and farms across Australia.

Chef-turned-urban-gardener, Grant LeBrooy, believes that the interest in home-grown veggies and community gardens will sustain Urban Growers, the company he co-founded six months ago with landscape gardener, Byron Smith.

The success of LaBrooy’s restaurant, Three Blue Ducks, sparked his change in direction. Using a derelict block right behind the eatery in the seaside suburb of Bronte, LaBrooy set up a garden to provide the restaurant with herbs. “We wanted to make it a nice space where our clientele could go out and relax and we were spending $270 a week on herbs’” LaBrooy says. “Then we started to make the garden a bit of a display of the different things you could do at home. We got chickens and bees, some fruit trees, banana trees.”

Parents brought their kids to feed the chickens in the morning. “Bronte is quite suburban,” LaBrooy says. “It’s not so green, so when people walked out the back of the café, they’d find a little oasis.”

Urban farms have played a decisive role in the recovery of the American city of Detroit, debilitated by the death of the car-makers and reduced to rubble in many areas by the global financial crisis. Abandoned homes, ruins, and derelict spaces blighted the city in 2008.

There are now as many as 2000 urban farms making use of the city’s wasted spaces, according to Rebecca Salimen Witt, who runs a non-profit, the Greening of Detroit.

Some are run by residents for their communities. Others are running as businesses, and five recently received a $10,000 grant from the New Economy Initiative’s small business challenge.

The case for food-sensitive urban planning

In 2011, The Heart Foundation published a ground-breaking report, Food-sensitive planning and urban design, setting out a host of reasons why we should add food to the core of our urban planning systems. Trevor Budge, the City of Greater Bendigo’s manager of strategy, commented in the forward to the report. “This approach will not only improve the liveability of our cities but will also deliver a more sustainable food system. This resource goes beyond advocacy and assertion: it provides practical examples of what could and should be done to make our cities more food production, healthier, better and more equitable places to live.”

It’s a tall order, but one that is slowly becoming a reality says one of the report’s authors, Jenny Donovan, who was then a consultant with an urban design consultancy, David Lock and Associates.Today, she runs her own business, Inclusive Design.

“When we do planning, we think of the land use in terms of ‘or’ – it is either residential or it is commercial or recreational,” Donovan says.

“This is the modernist school of designing things in compartments. Taking a cue from permaculture, we propose thinking of land in terms of ‘and’ – it is residential and productive and social and a play area, and somewhere we can be proud of. We all have lots of needs, and if the land is to meet those, we need it to have many uses.”

“People say community gardens are socially inclusive, but in actual fact, many are not,” Klingberg says.

Because access is limited to those who have a plot in the garden, it can mean that others feel excluded. The answer is careful management that provides maximum access to the land. For example, hosting gardening classes, school visits and farmer’s markets that involve a wider section of the community.

Still, Klingberg says there are simpler solutions. “I think the use of verges [nature strips] to grow food is fantastic, yet most councils won’t let people do it,” he says.

Donovan believes these four key ideas are slowly making their way into many of our urban planning systems. They are:

1. Change at the political level

Politicians need to draft legislation that allows planners to incorporate land use flexibility. “One of the things I noticed as an urban designer is that I’d be working on a project, we’d all get excited about our plans and then the legislation wouldn’t let us do it.”

2. Think about food-sensitive planning at every level

Planning involves many layers. At each level of governance, decision-makers can make it easier for next level, or more difficult. When strategic planners are deciding land use, they can choose zoning that allows greater flexibility.

3. A budget for food-sensitive planning

“Councils always do a lot of strategies about land-use – open space, recreation, and food,” says Donovan. “Because they are asking planners, architects and urban designers to deal will more complex issues, you need to allow for that in the budget.”

This is about continuous education about our food supply chains and alternatives: studies of successful projects, research and communications all raise awareness of the benefits of food-sensitive planning at the community, professional and political levels. 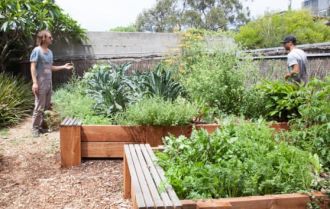 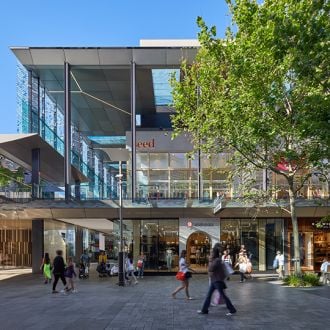 Taking stock – how Australian retail has adapted to the pandemic 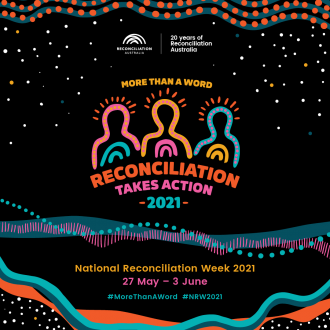 How incorporating Indigenous history and culture can enrich the built environment