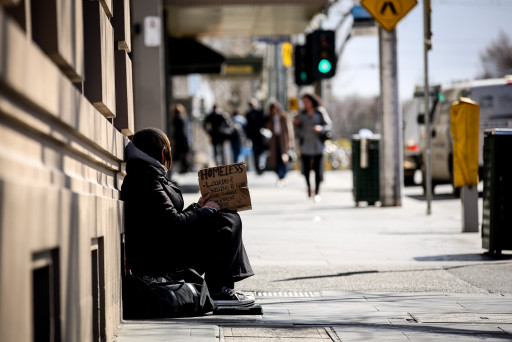 Australia is in the midst of a homelessness crisis. The 2016 census showed there were a staggering 116,000 homeless people in Australia, a 15 per cent increase in the number of homeless Australians since the 2011 census. The Salvation Army confirmed the sentiment, with its own research that showed Australia’s homelessness situation has worsened over the last decade.

With homelessness affecting hundreds of thousands of Australians, this is no longer a situation we can ignore. It is time for Australia to follow the footsteps of countries such as France, Finland and Greece, to determine how we can implement urban planning tools to help alleviate homelessness.

Economic distress – a pre-cursor for homelessness

The 2016 census data showed that although men and younger people are more likely to be homeless, women over 55 are the fastest-growing group of homeless people in Australia. When we look at the issue of homelessness, we need to not only look at those currently homeless but those on the tipping point of becoming homeless. Currently, there are more than 330,000 single women over the age of 45 living in a state of economic distress, with almost half of them (45 per cent) earning the minimum wage or less.

For those on the minimum wage, finding affordable housing can be incredibly difficult – particularly in the nation’s most expensive cities where the median rent can be anywhere from $420 in Melbourne to $520 a week in Sydney. Considering the maximum government pension for singles is $430 a week, and JobSeeker - although elevated during COVID-19 - is expected to fall back to under $300 a week, you don’t need to be a maths whizz to see that the most basic housing in major cities is quite simply unattainable for people on government assistance. While it might seem like an overly simplistic solution, the fact is – if there was more affordable housing available, we could not only reduce the economic distress of hundreds of thousands of Australians, but we could also reduce Australia’s rising homeless population.

The importance of affordable housing

According to a study by Fransham and Dorling (2018), one of the leading causes of homelessness is the “end of private-sector tenancy”, namely the lack of affordable and adequate housing solutions. In Australia, more than 140,000 people are currently on the waitlist for social housing; but due to a lack of ‘priority need’, many of those living on the poverty line could wait ten years before they’re able to find a home. A situation that leaves thousands of families struggling to make ends meet.

Instead of investing money into affordable housing, the Government is considering larger grants for first home buyers – a good initiative to stimulate the economy, but when it comes to affordable housing, a lot more needs to be done. Particularly considering that the Grattan Institute said that investing in social housing was a better way to stimulate the economy. And given a Salvation Army report showed that 75 per cent of Australians would be willing to pay more tax if it meant those doing it tough could find somewhere to sleep, it would appear as though a social housing initiative is not only good for Australia’s economy, but also for the comradery of its people.

The role of urban design in reducing homelessness

The very shape of our cities reflects a particular hostility toward the homeless. The physical construction of design elements such as gated doorways, sloped seats, or even small metal spikes on surfaces is a phenomenon known as “defensive architecture”. These defense mechanisms are put in place to prevent homeless people from seeking refuge in public spaces physically; a cruel war waged silently against the most vulnerable members of our community.

But rather than barricading our cities against its own citizens, urban design should be inclusive; to find a way of welcoming those in need by rethinking the way we utilise space. In Paris, it is believed that the moral and political responsibility for homelessness lies with the city; a belief which has led to the creation of a number of projects tackling homelessness, such as the ‘Plan to Fight Social Exclusion’ which sees vacant buildings repurposed for social purposes, such as charities and temporary shelters. While in Helsinki, many existing old buildings in poor locations were turned into flats for the homeless.

In South Australia, a similar idea has been proposed by Adelaide City Council to consult churches about opening their doors to the rough sleepers of the city. This has led to the State Government considering opening the doors of the old Royal Adelaide Hospital nurses’ quarters to those in need. If every city in Australia reconsidered the way its vacant spaces were used, thousands of lives in need could be saved.

There is no doubt that homelessness is an extremely complex issue; one that cannot be solved solely by the provision of affordable housing. However, such housing is nonetheless a vital requirement in supporting the rough sleepers of our cities.

Likewise, the architecture of our cities is a powerful guide to behaviour, both directly and in its symbolism. Defensive architecture breeds harshness and isolation, resulting in a hostile urban environment, but when we design for inclusivity, society follows in heart and mind. An example can be found by the newly elected Syriza government in Greece; one of its first acts was to remove the metal barriers which separated the Hellenic parliament from its people in Syntagma Square. The physical barricade symbolised the strife of the previous years and removing it had a magical effect on the centre of Athens. By removing the barriers, the Government was demonstrating it was one with its people, and the entire city breathed a sigh of relief as it welcomed the change.

It is time for Australia to act. Increasing affordable housing options has become critical to the prevention of hundreds of thousands of people living in economic distress from losing their homes. Similarly, the use of hostile physical barriers to deter those in need must cease, and unused, and abandoned buildings must be liberated to support more serviceable and social functions.

One positive outcome of the COVID-19 pandemic has been that it has shone a spotlight on our homelessness crisis. It has shown that social distancing while homeless – whether on the streets or in shelters – is all but impossible, so cities around Australia opened up unused hotels as a safe place for homeless to sleep while maintaining social distancing. It was one of the first truly humane, government-led initiatives to support Australia’s homeless population; and one that has given Australia’s homeless population – who had previously felt abandoned and neglected by society - new hope. With any luck, this program will be turning point in the way that we deal with this crisis into the future.