The changing landscape of stakeholder engagement

An artist was tasked with creating a sculpture for his community. It was to be grand, made from local materials and reflective of local history, a sculpture that the people could be proud of. Understanding the requirements, the artist crafted the piece, and when it was presented to the decision-makers, they were in awe. It was everything they could have hoped for.

When the sculpture was revealed to the public, however, opinion was divided. Some loved it, some hated it. Most did not care. When those who were unsupportive of the piece expressed their disdain, the decision-makers ordered the artist to change the sculpture, fearful of losing favour. They had been swayed by public opinion, and as a result, the final sculpture was very different from the one initially requested.

However, was it ever considered that the community might not want a sculpture in the first place?

Public participation is considered fundamental to equitable and representative decision-making; it provides a link between the public and decision-makers in a bureaucratic environment. It enables those with the power to affect people’s lives to start a dialogue with those affected before arriving at a course of action. Such stakeholder or community consultation is not new to urban development. No matter its location, scale or type, a development will always remain a divisive topic and it is for this reason that public opinion and urban development go hand-in-hand.

Yet while community consultation has long been part of many regulatory frameworks, the way it is conducted often leaves a lot to be desired. It can be viewed as a ‘tick box’ or ‘tell and sell’ approach, whereby concepts or ideas are developed and the community is ‘consulted’ later in a tokenistic manner. In such cases, the general aim is to generate support by telling stakeholders what you are planning and then selling them the idea – this may include options which give stakeholders a chance to ‘influence’ the decision-making process. Realistically, however, they have had little input in framing the initial direction of the project.

While they may get to choose which sculpture they get, the decision to create a sculpture has already been made without them.

This approach does not promote collaboration or encourage participation, and while it may have been accepted in past generations, the landscape of stakeholder engagement has changed. The advent of social media has transformed social interaction globally. The average person is more informed, aware and vocal. They can reach out and engage with larger audiences almost instantaneously. As explained in this article on stakeholder engagement in the Digital Age, increasing pressure from the public and media has seen the development industry trend towards greater transparency and accountability.

To provide this transparency there has been a transition from a process of consultation to one of engagement which promotes collaboration, encourages participation, and gives stakeholders a more active and participatory role in decision-making.

It could be said that the emergence of digital technology has changed why we engage, but it has also changed how. Online tools and methods enable more equitable outcomes. They provide time-poor people with opportunities to participate and give a voice to the voiceless by transferring power away from the vocal minority to the previously silent majority. In addition, a study conducted by Jeff Hancock from Cornell University found that (for a combination of reasons) people tend to lie less online – not only do online engagement methods provide equitable access, but they enable efficient collection and analysis of data, and are arguably more accurate than traditional methods due to the quality of the responses.

Hames Sharley has always understood the importance of stakeholder engagement in the planning and design of our urban environment. It is a core part of our service to deliver places, spaces and buildings that reflect the needs of the people who care about them most. We pride ourselves on, and understand the importance of visual communication, and tailor these skills to suit each stakeholder group or individual.

And that means we don’t just solicit feedback on how a sculpture should look – we ask if it should even be there in the first place. 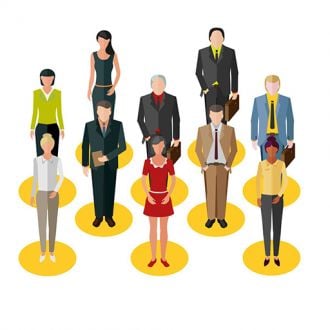