Why the corner store is making a comeback

When one of the world’s largest convenience retailers – Tesco announced a massive rollout of small-format stores in Britain in April last year, the retail world watched in amazement. True to its word, Tesco has now opened over 1600 Tesco Express stores. Tesco’s strategy, which is now being emulated by competitors (such as Target), is a direct response to retail’s new multi-channel future as well as a reaction to shifts in customer buying habits. In explaining its decision, Tesco’s leadership revealed that convenience stores were the fastest-growing form of supermarket, and they wanted to be part of that.

Shoppers are increasingly electing to buy goods from local suppliers in smaller quantities, online or off. They are known as “continuous shoppers”, focused on fresh provisioning, in contrast to the “periodic shopper”, who buys and stores large quantities of goods on a weekly or fortnightly basis. In other words, retail is heading back to the notion of the corner store. But, its return comes with a twist. As well as personalising its offer for the local community, the new corner store is also part of a global market-place.

As the use of digital platforms in retail gains momentum and traditional retailers achieve more of their sales turnover through digital channels, new possibilities open up for store productivity.

Stores such as Tesco are downsizing physical space, seeking out the best locations (more affordable to smaller stores) and supplementing in-stores sales with online sales to both local and global markets.

Is the corner store resurgent in Australia, too?

Arguably, the retail landscape in Australia is not as mature as Britain’s, which has a higher population density in its towns and cities. However, we can expect the gap will close in the future as densification occurs in established metropolitan areas. Just last week, Melbourne’s new Metropolitan Planning Authority, revealed sweeping revisions to Melbourne’s population, for example. It is now expected to hit 7.7 million people by 2051 – up from a forecast of 6.5 million predicted only seven months ago.

The dominance of retail activity in Australia’s metropolitan areas provides another reason to believe we will follow Britain’s lead.

The Productivity Commission in 2010 noted that the retail sector is a $215 billion industry with 140,000 businesses employing 1.2 million people or 10.7 percent of the Australian workforce.

As shopping centres are prominent elements in the physical landscape of cities and because retailing is a population-driven activity, any changes in retail consumption practices will potentially have a downstream influence in the urban fabric.

These factors make it worthwhile reflecting on some of the significant events that have shaped the retail environment.

What’s old is new again: Mapping changes to the way we shop

In April 2013, Australia’s population reached 23 million – about six times the nation’s population of 3.6 million at Federation in 1901 when the majority of people lived outside the capital cities.

From the middle of the 19th century, the retail landscape conformed to a rudimentary three-level hierarchical structure.

A central business district, with its shopping arcades, speciality stores and new department stores, constituted the first level of the hierarchy. This was the largest and most specialised retail location serving its metropolitan area. Extending from the CBD, rail lines and major roads, perhaps with tram routes, offered good retail locations to serve district communities.

This second level of the hierarchy along the transit corridors had multiple nodes of retail activity but were less specialised than CBD shops. Take Melbourne for example, a tram-based city with the largest light rail network in the world. The accompanying map (right) of the inner metropolitan area of Melbourne in 1924 clearly shows the distribution, quantity of street-based, and transit retail development. Some streets have become synonymous with their retail offering. For example, Chapel Street in Prahran has reached almost iconic status as the home of quality design and fashion innovation.

The third level of the hierarchy contained an abundance of local corner shops embedded in the urban fabric at the neighbourhood scale.Let’s look at West Subiaco, in Perth. The accompanying map (left) shows a tightly distributed and diverse range of individual stores in West Subiaco in 1936. As urban designers, we talk about the ideal walkable catchments as being a minimum of 400 metres in radius, equivalent to a 5-minute walk. In West Subiaco in 1936, before the ubiquity of the motor car, residents had it even better. The walkable catchments were 250 metres – very convenient for residents. That allowed shopkeepers to tend to the daily needs of families. They invariably knew their customers personally.

A shop had a personality, as much as its owner did; it was a local community hub – it epitomised neighbourliness and, as a distinctive urban element, retained that characteristic for the next 50 years, until the aftermath of the cataclysmic events of the Second World War.

When the war ended, strong population growth, widespread car ownership, advances in electronic communication and a climate of mass consumerism in both America and Australia created a perfect storm leading to rapid suburbanisation in capital cities.

The convergence of these factors combined with innovations in retailing was a tipping point – a catalyst for the development of the planned suburban shopping centre. The decades to follow – the 1950s, 60s and 70s, were a space race both in orbit and on land. The consequence of this unwinnable race was the consignment to oblivion of the corner shop in the inner suburbs.

To satisfy the new-found consumer desires of the burgeoning suburban population beyond the inner city, suburban shopping centres inevitably arose. This physical response to consumer demand effectively continued in the same manner for the next 50 years.

But we are now at another tipping point brought about by the need for sustainable urban growth in capital cities, where most of us now live and by new consumption patterns, driven by revolutions in technology, which bring the consumer and the retailer closer, though not necessarily spatially.

State planning agencies in Australia have formulated high-level plans for their respective capital cities since 2010. Without exception, these key strategic documents advocate densification of all metropolitan areas as a means of accommodating a significant proportion of population growth and slowing urban sprawl.

These plans define infill targets ranging from 47 percent in Perth to 70 percent in Sydney. That means a whole new population within the existing fabric – a process of re-urbanisation, and the converse of sub-urbanisation.

How will the retail development sector accommodate millions of extra people?

There is a convergence at play here, which introduces good old-fashioned convenience, combined with new technological paradigms revolutionising retailing. In short: another tipping point.

Shopping centres are essentially physical platforms for retailers to sell products. To survive, bricks and mortar shopping centres are offering more than just transactional environments. There is more of a focus on “place creation” and providing experiential environments. In this respect places, as much as merchandise will need to be consumed in order that centres retain their relevance.

But retailers are in the merchandising business – not the shopping centre business. As opportunists, retailers will exploit marketing channels that produce the best returns. Digital channels and the “corner shop” are becoming an increasingly attractive proposition.

Paul is currently undertaking a PhD on place creation in urban environments and has recently been appointed as a professional representative on the Western Australian Planning Commission. You can read Paul’s latest paper, Metropolitan Activity Centre Planning in Australia: Implications of Millennial Consumption Practices, here (payment required). 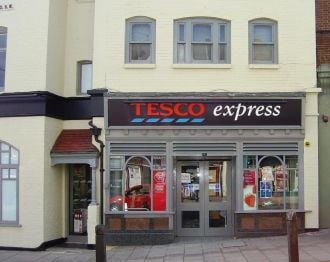