I joined Hames Sharley earlier this year. And part of the reason I did was because I liked the sound of their vision, which resonated with me: ‘We enable communities to flourish’.

At first blush, it’s a humble statement of professional contribution and support, but it has more layers than that for me. We are a design company, yes, but one that comes to the design challenge from a broad base, understanding what makes great places work and applying that thinking to shaping innovative cities. And that’s what appeals to my sense of community contribution.

I’m a proud South Australian. I’ve been in this city-shaping game now, as an architect and urban designer, for over 30 years and I reckon Adelaide is a great place. We have one of the most envied lifestyles on the planet - just tweet #LonelyPlanet to see what they say if you don’t believe me. But Adelaide is at a somewhat ironic crossroads on its journey to becoming the best small city in the world… we have to get a bit bigger first!

Hames Sharley has been a proud contributor to Deloitte’s recent ‘Make it a plan Adelaide’ report released last week. We share their view that a key strategy in transforming and growing South Australia’s economy is to grow its population. Deloitte is recommending a population growth for SA of 277,000 by 2027, but where are we going to put all those people? And what does it mean for Adelaide’s coveted lifestyle and city character, particularly within the sensitive Middle Metro areas?

That was the challenge Deloitte set for Hames Sharley, and I had the privilege of leading our approach. I quickly realised that rather than being a problem that requires a solution, this level of population growth could be a real facilitator for improved and enhanced lifestyle choices for Adelaideans, meaning a bigger Adelaide would enable us to be a flourishing city and state.

Our focus was the Middle Metro region of the Adelaide plains, where we targeted growth at 120,000 by 2027. I decided to model the population growth capacity of 5 different urban lifestyle opportunities:
Hames Sharley’s population distribution modelling suggests that the level of population growth anticipated within in each of the Middle Metro lifestyle choices would be as shown the image below. The big takeaways from this analysis are quite clear: 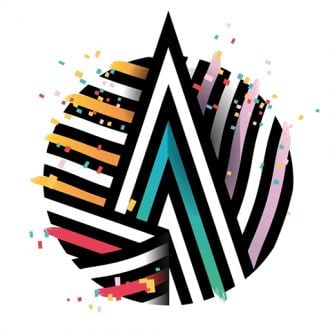